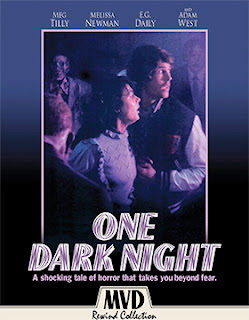 Word arrived this past week that MVD Entertainment Group has bestowed “Rewind Collection” status on writer/director Tom McLoughlin’s 1983 horror thriller, One Dark Night.   Both DVD and Blu-ray editions will be available on Aug. 24.

Meg Tilly was, and always planned to be, a dancer.   She had a small dance role in Alan Parker’s 1980 film release of Fame, which was filmed during July and August of 1979.   By the time Fame open theatrically in June of 1980 her career as a dancer had come to an end … a back injury saw to that.

She left the New York dance scene and moved to Los Angeles where she landed a co-starring slot in Tim Hunter’s Tex, opposite a young Matt Dillion … legend has it that she was picked for the role of Jamie Collins, the object of Dillion’s romantic interest, out of a stack of actress head shots.

In her second film, One Dark Night, Tilly plays Julie Wells, the new girl in high school, who is being courted as a new recruit for “The Sisters,” but it is something of a scam as the queen bee of the group, Carol Mason (Robin Evans in her film debut), is really out “to get” Julie for flirting with her boyfriend, Steve (David Mason Daniels). 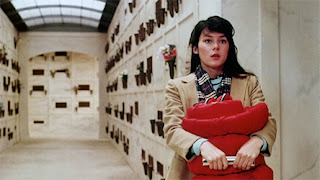 Meanwhile, the police are mystified by the bizarre death of a mystic by the name of Raymar, who was found with the bodies of six young women.   We soon learn, by way of a conversation between “occult” writer, Samuel Dockstader (Donald Hotton), and Raymar’s daughter, Olivia (Melissa Newman) and her husband Allan (played by Adam West), that Raymar was — are you ready for this — a “psychic vampire,” who drained the life essence from his young female victims.

It doesn’t take long before Carol’s vengeance on Julie and the “psychic vampire” nature of the “dead” Raymar intersect.   If Julie wants to become a Sister, then she must spend a night in a creepy old mausoleum.   To make matters worse, this is where Raymar is interred, the pills given Julie to help her relax through the long night are actually hallucinatory drugs and Carol and one of her cohorts plan to dress as monsters and scare the hell of the unsuspecting Julie!! 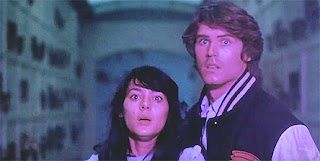 This high school prank quickly devolves into a night of terror as Raymar raises the dead and plans to drain the life-force from Julie.   Will help arrive in time?   Will Raymar succeed?   And what of the malevolent Carol, will she too become a victim?   Aug. 24, with the MVD Entertainment Group “Rewind Collection” release on both DVD and Blu-ray will reveal all … start counting the days!!

As to bonus goodies, there are two viewing options.  These are, the original theatrical cut and a “Director’s Cut” (from the film’s work-print).  Also included are not one, but two commentary options … the first features filmmaker Tom McLoughlin (Friday the 13th Part VI: Jason Lives, Sometimes They Come Back, The Unsaid, Murder in Greenwich) and producer Michael Schroeder (Man in the Chair), while the second commentary teams McLoughlin with his co-writer, Michael Hawes. 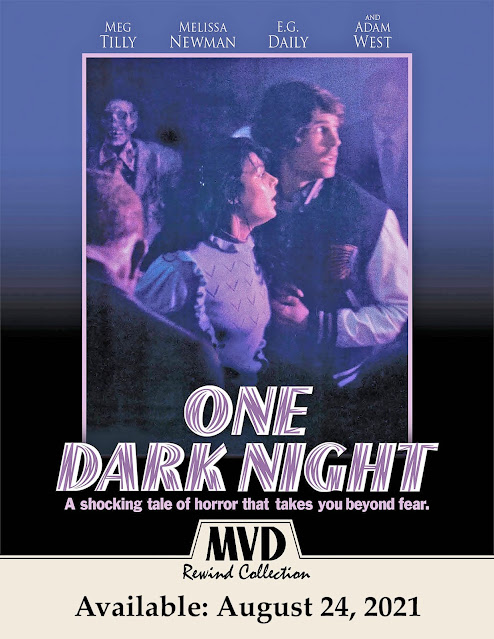