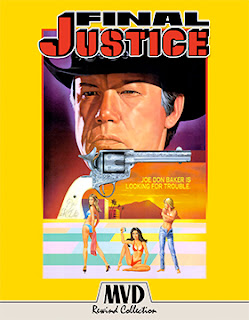 They did it!   MVD Entertainment Group announced this past week that the newest addition to their popular “Rewind Collection” promotional banner will be none other than writer/director Greydon Clark’s 1984 action tale, Final Justice, starring Joe Don Baker.

The street date for the Blu-ray debut (there will also be a DVD buying option) has a long-lead of Nov. 23, which gives MVD plenty of time to promote this “cult classic.”

The film gained famed when Mystery Science Theatre 3000 showcased it in one of their early broadcasts (circa 1999) and, as a result, it stuck with genre fans.  If not for MST3K, this rare action gem might have languished in obscurity, but in the 20 years since it was unearthed the fame of Joe Don Baker starring as lawman Thomas Jefferson Geronimo, adrift on the island of Malta in search of an escaped Mafia assassin, has only grown and grown. 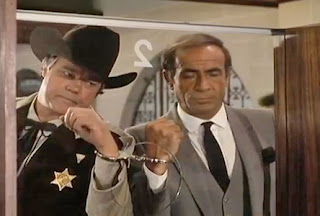 And now, on Nov. 23 it will be a “Rewind Collection” Blu-ray release from MVD Entertainment Group.   Toss that 1984 Avid VHS in the dumpster or if you have one of those gawdawful NuTech (aka: Digital Versatile Disc; aka: DVD, Ltd.) DVDs, toss that too … the Blu-ray is sweet justice to an epic journey from obscurity to cult status.

Greydon Clark, who got his start with prolific “B-movie” filmmaker Al Adamson, by providing the script for his 1969 biker flick, Satan’s Sadists (he also played the part of “Acid”) … learned quickly and in the years that followed he gained genre-fan status with such gems as Black Shampoo, Satan’s Cheerleaders, Without Warning, Joysticks, Skinheads … and more.

The details are a little sketchy, but he got a chance to shoot a film on the island of Malta with Walking Tall’s Joe Don Baker and so they took full advantage of it.  This wasn’t their first rodeo together as Baker had co-starred with Stella Stevens and George Kennedy in Greydon Clark’s Wacko in 1982 and then followed that up with Joysticks in 1983. 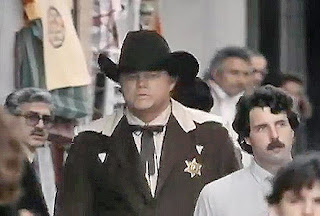 In the film’s set-up, we find two Mafia assassins, Joe (Venantino Venantini) and Tony (Venantino Venantini) wrapping up an assignment when they get involved in an auto accident and then they bungle an attempt to steal a police car to make their getaway.   During the gun battle that ensues, the local sheriff is killed (a cameo by none other than Greydon Clark) and his deputy (Baker) kills Tony and takes the ruthless Joe prisoner.

Normally, that would be the end of the involvement of a border town deputy sheriff, but though some clever scriptwriting, lawman Thomas Jefferson Geronimo is given the task of escorting the killer back to Italy to face justice there.   The passenger jet is sabotaged and forced to making an emergency landing in Malta, where, guess what, Geronimo’s prisoner escapes. 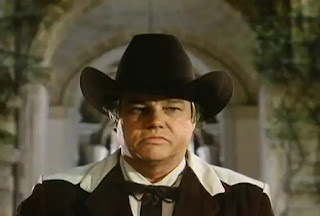 The rest of the film is Thomas Jefferson Geronimo’s dogged pursuit of the escapee, which is thwarted at every turn … but he’s relentless and he will get the “final justice.”

Bonus features, and this for fans is where the real action is, includes the newly-prepared feature-length production of The Making of Final Justice (clocking in at 74 minutes), which features filmmaker Greydon Clark, editor Larry Bock and cinematographer Nicholas Josef von Sternberg, plus there is commentary from Tony Piluso, Newt Wallen and Crystal Quin of “Hack the Movies.” 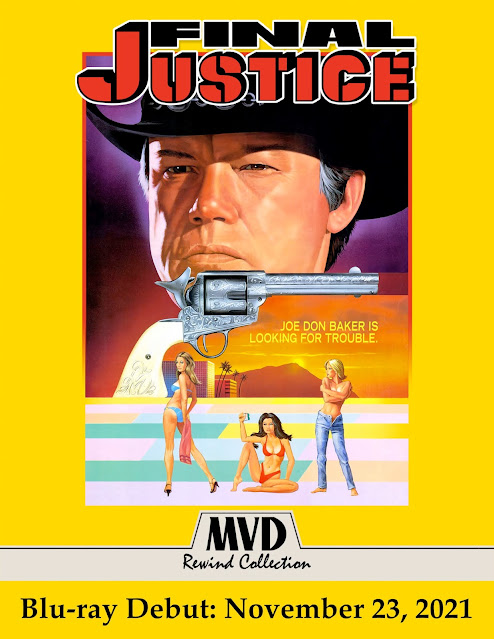