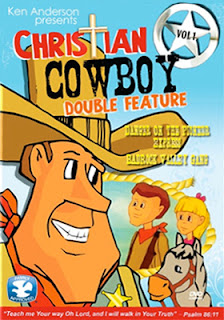 Priced at just $9.99 are two separate tales from the Old West — Danger on the Pioneer Express (Brent Towers, the Christian Cowboy, and his two young friends race to stop a plot to derail the Pioneer Express) and Bedrock Valley Gang (Brent returns to crack the case of a mysterious cattle disease that is being used to “rustle” cattle on the cheap).

Also on Feb. 12 is director Harold Schuster’s 1958 film, The Power of the Resurrection, starring Jon Shepodd at Jesus, with two-time Golden Globe and three-time Emmy-winner Richard Kiley as Peter.
The following week, Feb. 19, VCI Entertainment returns with six addition DVD product offerings, including in this next wave of selections are Brit comedians Will Hay and Norman Wisdom, plus four feature-length Bible-themed films. 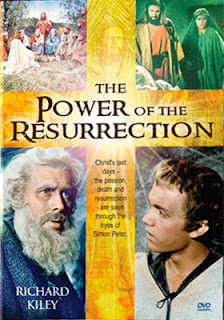 First up is Will Hay in the DVD release of Will Hay: Double Feature, Volume 3, which includes Oh, Mister Porter (1937, with Hay as an inept railway station manager who still finds a way to save the day) and Convict 99 (from 1938, with Hay mistaken for a tough-as-nails prison warden, who ends up running a prison for the worst of the worst … they don’t know what they are in for!!!).

To the post-war period we have Norman Wisdom: Double Feature, Volume 3.  Included in this volume are Just My Luck (1957, with Jill Dixon and a brief appearance by Margaret Rutherford … a lovelorn Wisdom hits it big at the race, but collecting might be a horse of a different color) and The Square Peg (1958, with Honor Blackman and Edward Chapman … Wisdom is accidently drafted, parachuted into Nazi Germany and then comes up with a brilliant plan to escape).

The four biblical epics included in the Feb. 19 release mix are: Great Leaders of the Bible (1965, starring Fernando Rey), Jacob: The Man Who Forgot God (1963, with Judy Parker and Giorgio Cerioni), Joseph and His Brethren (1962, with a cast that includes Robert Morley, Belinda Lee, Terence Hill and Geoffrey Horne as Joseph) and Saul and David (1964, Norman Wooland as Saul, with Gianni Garko as David).