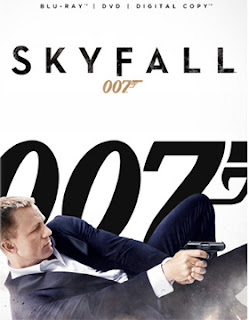 20th Century-Fox Home Entertainment will be moving quickly to place the Metro-Goldwyn-Mayer film production of the latest installment of the long-running 007 film franchise at retail on Feb. 12.   Technically speaking, they would seem to already be beyond the pre-book for this one.

The ARR for the Blu-ray/DVD Combo Pack (with Digital Copy) and DVD editions of Skyfall works out to a zippity-quick to market sprint of just 95 days.

The only other films grossing in excess of $300 million at the box office to make the move this quickly from their respective theatrical venues to the home entertainment package media arena are filmmaker Tim Burton’s Alice in Wonderland (88 days; 2010) and the third installment of the Transformers film franchise, Transformers: Dark of the Moon (91 days; 2011).

This past weekend Skyfall hit $301 million in domestic ticket sales; perhaps that milestone was the trigger point for the announcement … we suspect that key retail outlets already had the word.

Once again Daniel Craig nails the Bond character.   Tough, even ruthless, resourceful and always intelligent.  He sells it … Craig can be 007/James Bond as long as his body lets him (expect him back in 2014). 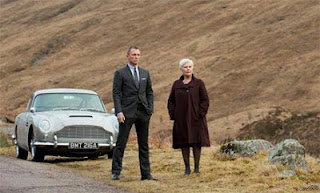 Not only is Skyfall a monster theatrical hit, but it has five Oscar nominations, including Best Song, Adele’s “Skyfall” (plus two for sound and one each for Original Musical Score and Cinematography) and the script from the writing team of Robert Wade and Neal Purvis (their fifth Bond) — who are joined by three-time Oscar nominee John Logan — does an excellent job of returning the James Bond character to his Scottish roots. 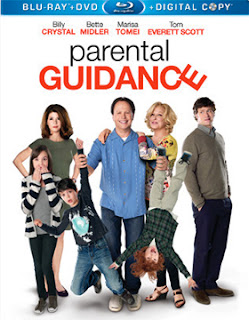 Slated for delivery on Mar. 26 are DVD and Blu-ray/DVD Combo Pack (with Digital Copy) SKUs.   The ARR is a quick-to-market 91 days.  Ticket sales came in at a nice clip of $67.7 million.

Bonus features include commentary from director Andy Fickman (She’s the Man, You Again, etc.) and Billy Crystal, plus there are deleted scenes with optional commentary from Fickman.

Exclusive to the Blu-ray/DVD Combo Pack are a gag reel and a featurette titled “FXM Productions Presents: In Character with Billy Crystal, Bette Midler and Marisa Tomei.”