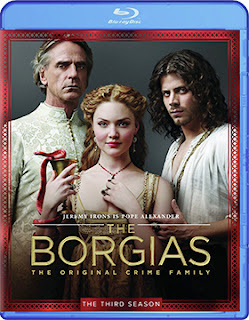 Paramount Home Media Distribution will be celebrating family night on Aug. 6 with Blu-ray and DVD shipments of The Borgias: The Third Season (three-disc sets).

If ever there was a more perfect casting of a character it is Jeremy Irons as Pope Alexander VI, the “godfather” of the infamous Borgias, who rose to papacy during the period that Columbus was discovering the New World … power, wealth and greed … and blessed with a family — Cesare (Francois Arnaud) and Lucrezia (Holliday Grainger) — capable of just about anything imaginable under the sun.

Bonus features included with this ten-episode collection are a gag reel and two bonus episodes from the first season of Liev Schreiber’s new series, Ray Donovan. 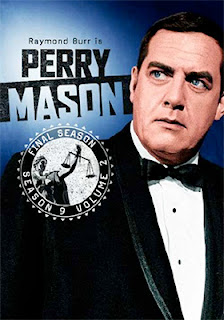 Also on the TV series from Paramount in August will be Gunsmoke: The Ninth Season, Volume One and Gunsmoke: The Ninth Season, Volume Two (both are five-disc DVD collections and are available to own on Aug. 6); Family Ties: The Complete Seventh Season (a four-disc serving on Aug. 13) and the final court room intrigues for Perry Mason (Raymond Burr), Perry Mason: Season Nine Volume Two (also a four-disc set available on Aug. 13).

On the Kidvid front from Paramount this week, Nickelodeon Favorites: Rootin’ Tootin’ Wild West! will be released on DVD on Aug. 6, and a double-disc collection of the Winx Club: Magical Adventure will follow on Aug. 13.