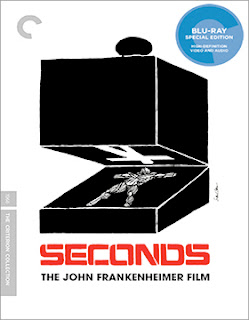 Criterion Collection, with sales and distribution support provided by Image Entertainment, announced its August line up of new Blu-ray and DVD product offerings this past week.

Arriving on Aug. 13 as both DVD and Blu-ray remastered editions is director John Frankenheimer’s 1966 sci-fi gem, Seconds, starring Rock Hudson as an executive who gets a second chance at life only to discover that it is not what he expected.  A real chiller … very effective in dealing with paranoia and the related “big brother” aspects of making life choices that are not fully understood (the grass is always greener sort of thing). 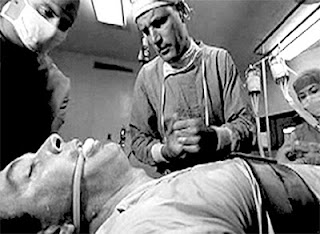 Also getting both DVD and Blu-ray SKUs on Aug. 27 is a newly restored version of director Ernst Lubitsch’s 1942 screwball comedy, To Be or Not To Be, starring Jack Benny and Carole Lombard (she had just finished with the filming and killed in the famous DC3 plane crash outside of Las Vegas in January of 1942 … the film was released in March of that year).

Bonus features include a newly-prepared commentary option from film historian David Kalat, two radio broadcasts from “The Screen Guild Theater” — Variety (1940) and To Be or Not To Be (1942) — and a 2010 French documentary covering Lubitsch’s career, Lubitsch le Patron. 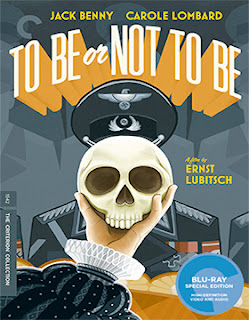 Balancing out the August package from Criterion are an excellent array of foreign language Blu-ray and DVD product selections.

On Aug. 20 there are two presentations from filmmaker Satyajit Ray (actually three, since one of the packages is a double-feature).   Getting both DVD and Blu-ray action are The Big City (which includes The Coward as a bonus feature) and Charulata, both are in Bengali (with newly prepared English subtitles) and were originally released theatrically back to back in 1963 and 1964 respectively.

Lastly, from the Eclipse Series on Aug. 27, are five films from German filmmaker Rainer Werner Fassbinder.   Title of the package is Early Fassbinder and the five-disc collection includes: Love is Colder than Death, Katzelmacher, Gods of the Plague, An American Soldier and Beware of the Holy Whore.