Boy Band On DVD From Indican Pictures On Oct. 8 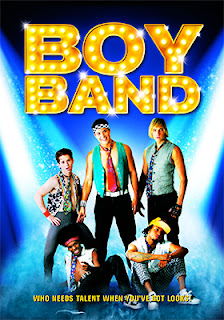 Brad (Michael Copon — Night of the Demons, Music High) has it all.  It’s 1982, he’s the captain of the high school football team and has the head cheerleader literally throwing herself at him.   But in writer/director Jon Artigo’s Boy Band, due out on DVD from Indican Pictures on Oct. 8, that’s not enough … he wants more!

His dream is to form a “boy band” before the term was even invented and so he gives up the football team (and the sure scholarships) to follow — quite hilariously we might add — his impossible dream.

Filmmaker Jon Artigo strikes just the right balance between farce and homage — the music of the period is nailed perfectly and the formation of the unlikely group gives rise to some comedy bits that have had audiences rolling in the aisles with laughter. 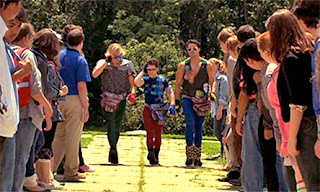 Indeed, Brad’s story is told with two and a half dozen songs as the “hook” for a storyline that has his no-talent “metal band” being magically transformed into a national sensation.

In an October jam-packed with horror films and big summer blockbusters, Indican’s Boy Band might be just the ticket for some much-needed fun … and the music, of course, the music! 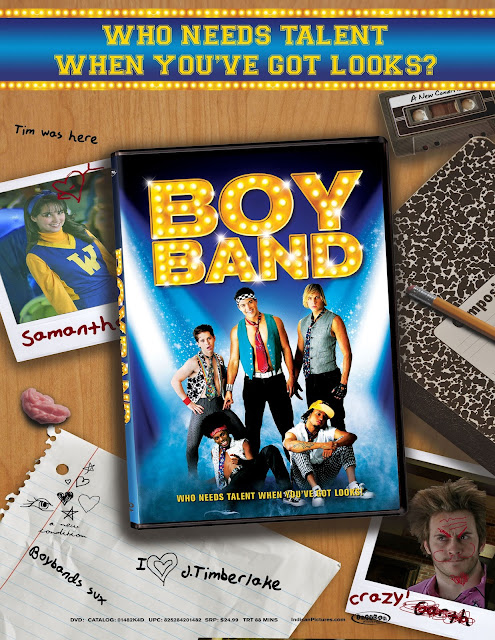 Email ThisBlogThis!Share to TwitterShare to FacebookShare to Pinterest
Labels: Boy Band On DVD From Indican Pictures On Oct. 8, DVD and Blu-ray Release Report