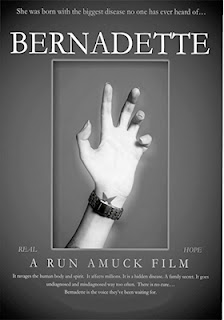 It would be easy for Bernadette Scarduzio to just give up.   She could live anonymously and just sit in her wheel chair by a window, look out with a blank stare and just watch the world go by.

She has CMT with a 1A designation.  For those unfamiliar with CMT, that would be Charcot Marie Tooth disease, a relatively rare disorder — without a cure — that is often mistaken for muscular dystrophy.

The disease is marked by wasting-away; a deterioration of muscle tissue, especially in the legs and hands.   And treatment for those severely affected often is that of repeated surgical procedures … in a word, gruesome.

It is progressive … it robs one of their life one day at a time.   That is, if they let it ... Bernadette Scarduzio is not about to. 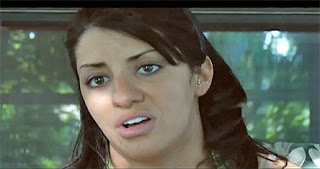 In documentary filmmaker Josh Taub’s  Bernadette, due out on DVD this coming Sept. 17 from Cinema Libre, we learn of both the disease — an inherited disorder (her father had a milder form, as does her brother) — and Bernadette’s fight, not only with the disease itself, but her determination to get CMT “out of the closet,” which is often kept quiet because of the familial hereditary factor.

Indeed, in is often dubbed “the biggest disease no one has ever heard of.”


With Bernadette bring your heart and some Kleenex and be prepared for both an education and a glimpse into what the human spirit can overcome.