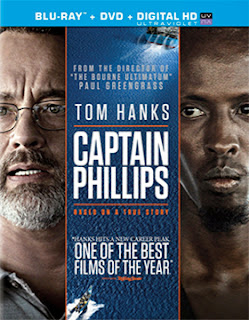 Sony Pictures Home Entertainment has dropped the Best Picture contender, Captain Phillips, into the same street date Tuesday as the previously announced Blue Jasmine.   That would be Jan. 21 (leaving little time over the holidays for sales solicitation … but that may not be a worry with Best Picture prospects on the horizon).

The ARR for DVD and Blu-ray/DVD Combo Pack product offerings (with UltraViolet) is 102 days and ticket sales have grown to $103.5 million.