Laughing To The Bank For Image Entertainment On Feb. 18 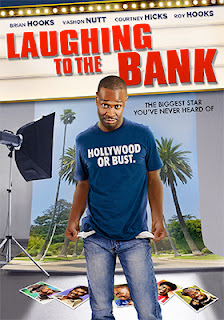 Sometimes you just have to take a page from Sylvester Stallone’s Rocky if you are going to get ahead in the Hollywood entertainment game.   He wrote it and was basically told that someone else — with a name — would have to star in the title role.   He rolled the dice, said all or nothing … the rest is history.

That’s what b-list (or is it way down the list?) actor Brian Hooks (playing himself and directing) is faced with in the Image Entertainment DVD release on Feb. 18 of Laughing to the Bank.

When his idea for a television series finds no takers — “Why would we want to do a production with you?”   Hooks decides that he will just produce it himself … and that’s where the story begins, in a seedy Vegas hotel room, with Hooks trying to piece together — for the benefit of a couple of thugs who would like nothing better than to slap him silly — where the budget money went after a night of celebrating. 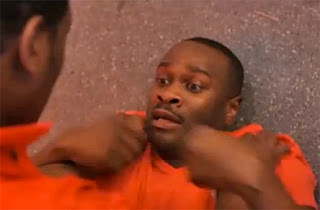 Yes, he did pull off the production money part, hence the celebration!!!   We can also give you a hint as to what happened to the cash … Fat Betty (Devyn Ashley) had something to do with its disappearance!!!

Though a series of flashbacks (basically sketch comedy bits by Hooks and his cast of characters) we get his “Rocky” tale of just how difficult it is for a nobody to get a break in Hollywood.

Email ThisBlogThis!Share to TwitterShare to FacebookShare to Pinterest
Labels: DVD and Blu-ray Release Report, Laughing To The Bank For Image Entertainment On Feb. 18