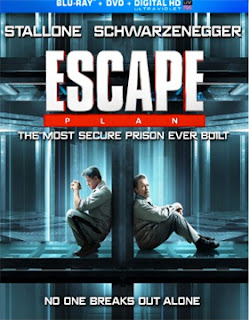 In a cross behind The Rock and The Cube, this prison escape thriller pits Stallone (a security expert) against his double-crossing CIA clients as he must breakout of “The Tomb” … which isn’t what it appears to be.

The ARR is 130 days and the box office take was a little light at just $21.5 million.
Bonus features include commentary from Håfström, who is joined by co-writer Miles Chapman, plus a featurette titled “Executing the Plan: The Making of Escape Plan.”

Exclusive to the Blu-ray/DVD Combo Pack are deleted scenes and the additional featurette titled “Clash of the Titans.”