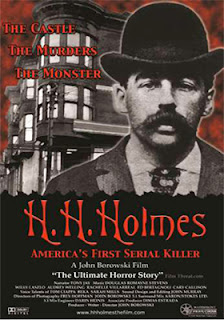 The body count is lost to the fog of history, but historians generally agree that Dr. Herman W. Mudgett (aka: Henry Holmes or just H. H. Holmes) was the first “modern” serial killer.

With the help of author Harold Schechter (featured in the documentary), who wrote the 1994 book title “Deprave,” and author Erik Larson's “The Devil in the White City,” we get an in-depth look at this madman, who went so far as to construct a hotel in Chicago, dubbed “The Castle” (complete with hidden killing chambers) to facilitate his serial-killing spree.

As many as 200 victims were attributed to him during his reign of terror — although he hung for only nine and admitted to just 36.