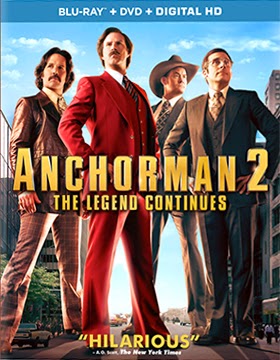 Apr. 1, yes it is April Fools’ Day, but in the case of Paramount Home Media’s home entertainment release of Anchorman 2: The Legend Continues they are not joking or playing pranks when they say that there will be more jokes — 763 to be exact — than were seen in the original PG-13 rated theatrical release.

The Blu-ray/DVD Combo Pack contains both viewing options — the original theatrical cut and a “super-size R-rated version.”   There will also be a stand-alone DVD edition of the theatrical cut (PG-13 rated). 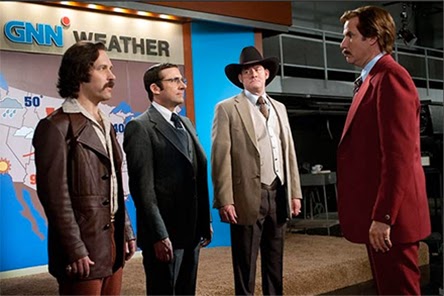 All of these bonus goodies are exclusive to the Blu-ray/DVD Combo Pack.
Kudos to Will Ferrell who promoted this comedy — in character as Ron Burgundy — for months on end in the lead up to the film’s launch.

His work paid off handsomely with $124.8 million in domestic ticket sales — exceeding the results of the first film, which pulled in $90.6 million.