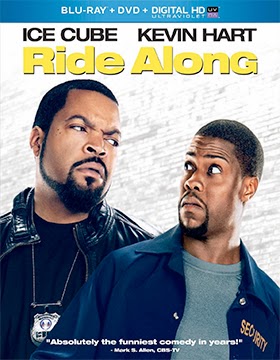 Universal Studios Home Entertainment will bring director Tim Story’s laugh riot, Ride Along, to the home entertainment market place on Apr. 15 as both a stand-alone DVD and as a Blu-ray/DVD Combo Pack (with UltraViolet).

The ARR comes in at a quick-to-market 88 days and ticket sales — even with the relentless ice and snow storms that have plagued the eastern half of the country this winter — currently stand at an impressive $117.2 million.

Bonus features for this Ice Cube and Kevin Hart comedy include a gag reel, commentary by director Tim Story and two featurettes.

Exclusive to the Blu-ray/DVD Combo Pack are four additional featurettes, deleted scenes and an alternate ending. 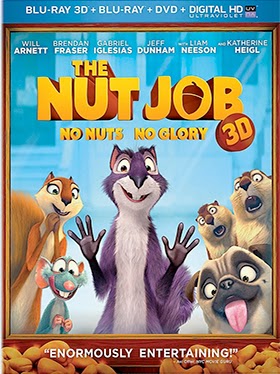 Also on the new theatrical released front from Universal is the Apr. 15 three-SKU roll out of writer/director Peter Lepeniotis’ animated hit, The Nut Job.   The ARR is also at just 88 days … ticket sales currently stand at $58.3 million.

Planned for release are two Blu-ray/DVD Combo Pack — one with and one without a 3D viewing option — and a stand-alone DVD edition.   All three viewing options include UltraViolet.