Trouble Every Day Makes Its DVD Debut Via Oscllloscope Laboratories On Apr. 29 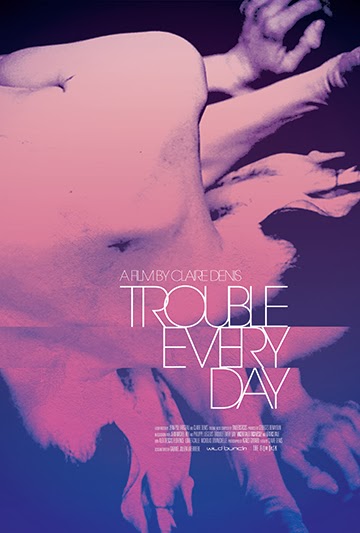 Oscilloscope Laboratories has tagged Apr. 29 as the DVD debut date for the KimStim release of writer/director Claire Denis’ Trouble Every Day.

Released domestically back in 2001 as part of brief arthouse in-and-out theatrical run, Trouble Every Day arrives with an eye-popping ARR of 4,533 days.

This is the first legitimate release of this ultra-strange horror, carnage and sexual-lust thriller … a Korean knockoff, a region 2 import and more have all made the rounds on amazon.com (which seems to have little regard for any piracy issues).   Consumers looking for this film have had to deal with this debris of questionable quality … as of Apr. 29 that will no longer be issue.

A series of related stories play out on the screen — with cuts back and forth — that definitely come together in the end with a not-unexpected gory climax.

On the one hand we have an American couple, Shane (Vincent Gallo — Buffalo ’66, Stranded) and June (Tricia Vessey — Ghost Dog: The Way of the Samurai), who have arrived in Paris on their honeymoon.   His reason for picking this particular venue to celebrate his marriage will become clear as the film unfolds. 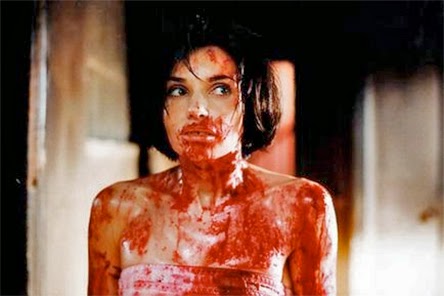 The other key element is this macabre dance of bloodlust is Coré (Béatrice Dalle — Betty Blue, Time of the Wolf, etc.) and her doctor/minder, Léo (Alex Descas), who finds himself constantly “cleaning” up after her.   The connection between Léo and Coré and Shane and his new bride will all become crystal clear by film’s end!!!

Email ThisBlogThis!Share to TwitterShare to FacebookShare to Pinterest
Labels: DVD and Blu-ray Release Report, Trouble Every Day Makes Its DVD Debut Via Oscllloscope Laboratories On Apr. 29