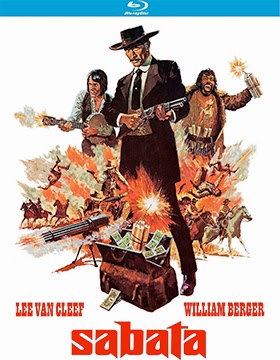 Kino-Lorber appears to have found the keys to MGM Home Entertainment’s candy store (at least what remains of the United Artists portion of the once vast film library)!

While there are other companies in the market place with a stronger track record — and likely a better fit for the promotion and distribution of this type of film product — we can’t help but applaud Kino-Lorber for the initial line-up that has been both officially … and unofficially announced.

In a somewhat chaotic release rollout, punctuated by seemly random distribution of their press announcement, a new “Studio Classics” label is being launched by the company on July 22 with DVD and Blu-ray editions of The Private Life of Sherlock Holmes, Sabata, The Scalphunters and Witness for the Prosecution.

The following week, July 29, Duel at Diablo, Marty, Paris Blues and Separate Tables will be available as both DVD and Blu-ray product offerings.   Aug. 12 brings Breakheart Pass, The Children's Hour, Mr. Majestyk and The Unforgiven to market, while Aug. 26 will mark the arrival of Cast a Giant Shadow, On the Beach, The Party and What's New Pussycat? — all of these films will be available as either Blu-ray or DVD selections.