Warner Home Video's Roger And Me Turns 25 On Oct. 7 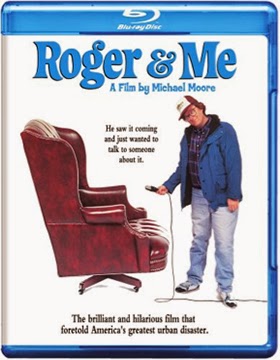 In a relatively quiet new-announcement week from Warner Home Video (usually a sign that something BIG is about to be announced) it was revealed that the studio will be honoring the 25th Anniversary of Michael Moore’s award-winning documentary Roger & Me with new Blu-ray and DVD editions of this, his debut film, on Oct. 7.

Bonus features for this scathing indictment of General Motors feckless corporate policies (as embodied in then Chairman Roger Smith) include a newly-prepared commentary track by none other than Michael Moore.

Email ThisBlogThis!Share to TwitterShare to FacebookShare to Pinterest
Labels: DVD and Blu-ray Release Report, Warner Home Video's Roger And Me Turns 25 On Oct. 7