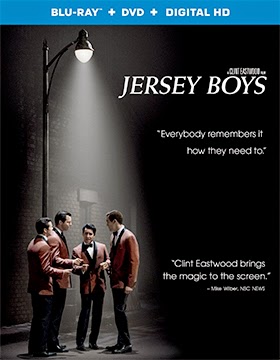 Warner Bros. Home Entertainment has selected Nov. 11 as the street date for filmmaker Clint Eastwood’s Jersey Boys, his homage to the life and times of Frankie Valle and the Four Seasons.

The ARR for DVD and Blu-ray/DVD Combo Pack editions (with UltraViolet) for that November street date works out to a leisurely 144 days … domestic ticket sales totaled $46.7 million.

Filmmaker Clint Eastwood has done just about everything in the way of film that one can imagine, so it should come as no surprise that he would tackle something as difficult as the film adaptation of the 2006 Tony Award winner — a biographical musical drama — that was based on the book written by Rick Elice and long-time Woody Allen collaborator Marshall Brickman (Oscar-winner for Annie Hall).

The music is terrific.   Indeed, if there is a knock on the final product that Eastwood delivered it is, simply put, overwhelming.   Who knew that Frankie Valli (aka: Francesco Stephen Castelluccio) had such a checkered history … there was the mob, there was Joe Pesci (yeah, that Joe Pesci) and that fame came at such a price.   WOW.

If his life story were an original Hollywood script, no one would be believe it.  Indeed, it reads like a rework of that Frank Sinatra’s 1957 biopic about Joe E. Lewis, The Joker is Wild (without the throat-cutting). 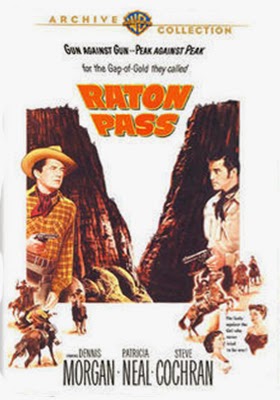 Their music will live on forever and Jersey Boys is a fitting tribute to Frankie Valli (John Lloyd Young, who was the Tony Award-winner for his portrayal of Frankie Valli in the Broadway play), the Four Seasons and their music.  Enjoy!

Bonus features include the featurettes titled “From Broadway To The Big Screen,” “Too Good to be True” and “Oh, What a Night to Remember.” 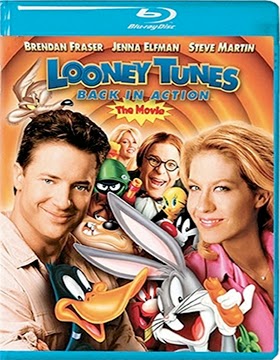 In other release news this week from Warner Bros. Home Entertainment, a trio of classic Western films have been added to the Sept. 16 release calendar.   Making their DVD debut on that date are Raton Pass (1951, teaming Patricia Neal with Steve Cochran, Dennis Morgan and Scott Forbes), Shootout at Medicine Bend (1957, Randolph Scott, James Garner, James Craig and Angie Dickinson) and Son of a Gunfighter (1966, Russ Tamblyn and Fernando Rey).

On the Blu-ray release front, Dec. 2 will see director Joe Dante’s 2003 film release of Looney Tunes: Back in Action getting the hi-def treatment.   Daffy Duck, Bugs Bunny and the rest of the Looney Tunes gang are joined by an all-star cast that includes Brendan Fraser, Steve Martin, Jenna Elfman, Timothy Dalton, Heather Locklear and Joan Cusack, plus Dante “guests,” Dick Miller, Roger Corman, Mary Woronov and Kevin McCarthy.    Everyone had a grand time with this one!