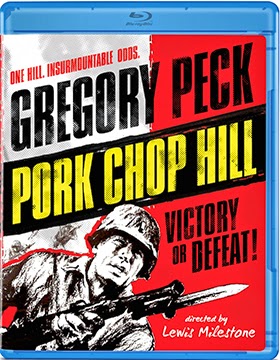 It was revealed this past week that Olive Films will release four films, plus Abby Mann’s 1978 Emmy-nominated mini-series, King: The Martin Luther King Story, on both Blu-ray and DVD this coming Jan. 27.

First, on the film front, we begin with director Lewis Milestone’s 1959 Korean War masterpiece, Pork Chop Hill, starring Gregory Peck along with Harry Guardino, George Peppard, Woody Strode, Robert Blake and Rip Torn.   As with Milestone’s All Quiet on the Western Front and A Walk in the Sun, the action is very much from the POV of the ordinary soldier … often put into impossible situations and yet they find the courage and the will to overcome the events of the day that will all too soon be forgotten. 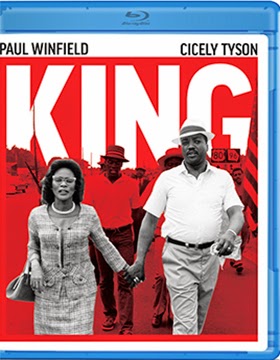 Timed for delivery for the Black History Month is Abby Mann’s mini-series, King: The Martin Luther King Story, starring Paul Winfield as the Reverend Martin Luther King Jr., with Cicely Tyson as Coretta Scott King (both were nominated for Emmys).