Warner Bros. Home Entertainment's The Hobbit: The Battle of the Five Armies Streets On Mar. 31 With DVD And Blu-ray/DVD Combo Pack Production Selections 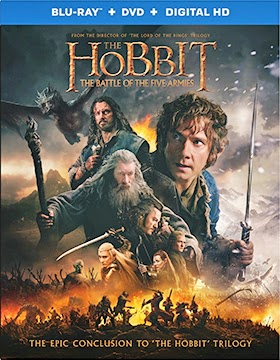 Warner Bros. Home Entertainment has selected Mar. 24 as the street date for a three-SKU helping of filmmaker Peter Jackson’s final stanza in The Hobbit film trilogy, The Hobbit: The Battle of the Five Armies.

The ARR is a quick-to-market 95 days and domestic ticket sales stand at a robust $252.9 million.

Planned for release are a double-disc DVD edition and two Blu-ray/DVD Combo Packs — one with a 3D viewing option … and one without.

This non-stop action spectacular brings to a conclusion Jackson’s vision for this Middle Earth saga featuring Martin Freeman as Bilbo Baggins, Ian McKellen as Gandolf and Richard Armitage as Thorin … with the legendary Christopher Lee reprising his role as Saruman and other familiar faces from the first two installments returning for all-out-war with the Orcs.

An extended version of the film will likely be available in time for the Christmas-selling season later this year. 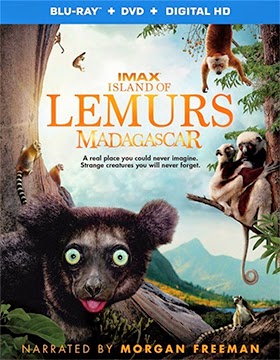 The following week, Mar. 31, Warner Bros. Home Entertainment, in conjunction with IMAX Entertainmnet, will be releasing a 2D/3D Blu-ray/DVD Combo Pack of Island Of Lemurs: Madagascar.

The ARR is a leisurely 361 days and special venue IMAX ticket sales currently stand at $8.3 million.

Bonus features include the featurettes titled “The Making of The Island of Lemurs: Behind the Scenes,” “The Story of Lemurs,” “Meet Patricia Wright” and “Five Things About Indri.”