The Fugitive: The Complete Series On DVD From Paramount Home Media On May 5 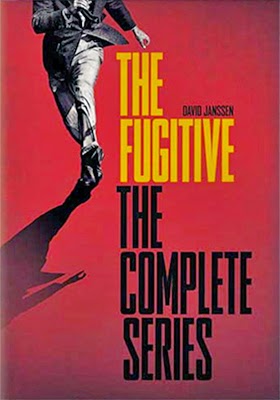 Dr. Richard Kimble (David Janssen) started running in September of 1963 and didn’t stop until August of 1967 (with the two-part series conclusion titled “The Judgment, Part I” and The Judgment, Part II.”)   120 thrill-packed episodes of Kimble in pursuit of the mysterious one-armed man, while Police Lieutenant Philip Gerard relentlessly tried to bring Kimble to justice for the murder of his wife … The Fugitive was (and remains) a terrific bit TV that captured the Emmy Award for Best Dramatic Series in 1966.

On May 5, Paramount Home Media will deliver a 32-disc mega-set of The Fugitive: The Complete Series for fans to enjoy.

Email ThisBlogThis!Share to TwitterShare to FacebookShare to Pinterest
Labels: DVD and Blu-ray Release Report, The Fugitive: The Complete Series On DVD From Paramount Home Media On May 5