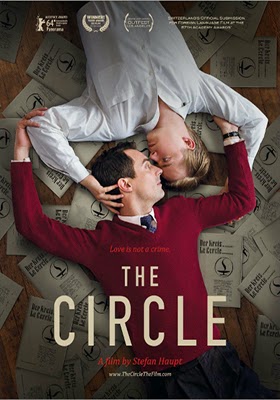 Writer/director Stefan Haupt’s The Circle, the official Swiss film selection for this year’s Best Foreign Language Oscar competition, will be making its domestic DVD debut courtesy of Wolfe on Mar. 31.

The Circle — a double-winner at the 2014 Berlin International Film Festival — is an interesting film in that it is a documentary recreation, or what might be called a “docu-drama.”  The subject of writer/director Stefan Haupt’s interest is the Swiss underground (meaning forbidden and likely to lead to great bodily harm) movement and publication for gays that was called “Der Kreis” and the relationship between two of its members, Ernst Ostertag (played by Matthias Hungerbühler, but the real Ostertag is also featured during intercut interview sessions) and drag performer Röbi Rapp (played by Sven Schelker during period settings, with the real Röbi Rapp featured during interview sessions).

Their love affair was a closely guarded secret during the ‘40s and ‘50s, which is detailed in the dramatic recreations, but now their lifelong relationship is presented in the interview sessions (they were the first gay coupled married in Switzerland).

Of note, when filmmaker Stefan Haupt entered The Circle in the Molodist Film Festival last October in Kiev, local homophobic thugs were so incensed by the film they descended upon the venue (Zhovten Cinema) and set fire it.

The Circle is presented in German with English subtitles. 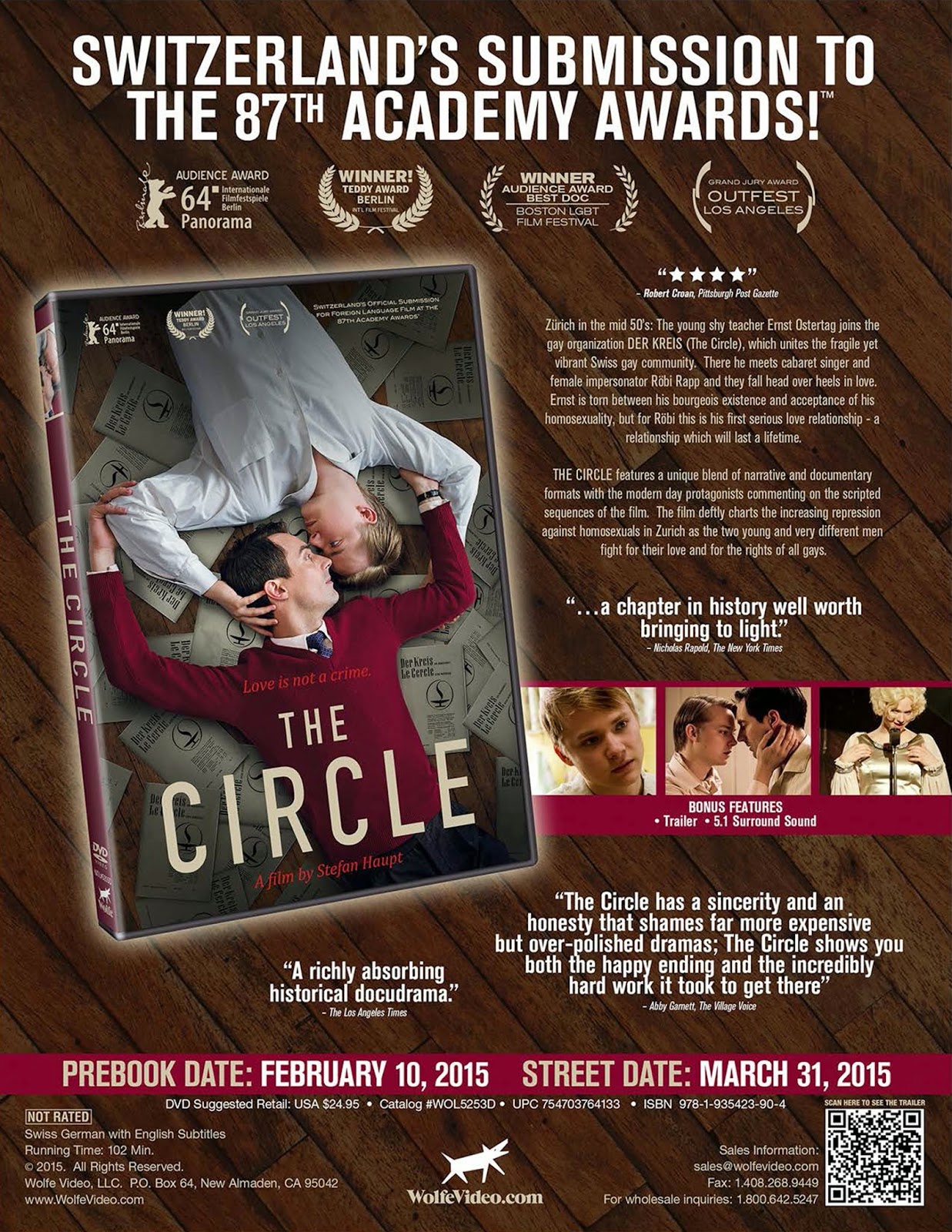