The KimStim Collection's Captivated: The Trials of Pamela Smart Heads To DVD On Nov. 10 With Icarus Films Directing The Sales And Marketing Effort 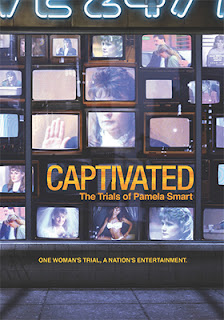 Icarus Films will handled the sales and marketing of the KimStim Collection’s DVD release of documentary filmmaker Jeremiah Zagar’s Captivated: The Trials of Pamela Smart.   The street date is Nov. 10.

Back in 1991, Pamela Smart was convicted of being an accomplice to the first-degree murder of her husband after a sensational trial that lasted two weeks.

It was broadcast live, became a media circus and inspired two films — Murder in New Hampshire: The Pamela Wojas Smart Story, starring Helen Hunt as Smart and To Die For, with Nicole Kidman, Matt Dillon and Joaquin Phoenix as fictionalized versions of wife, husband and killer (both have been released on DVD). 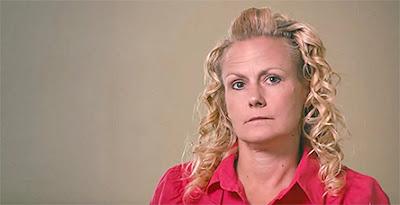 She is currently servicing a life sentence without the possibility of parole at the New Hampshire State Prison for Women in Goffstown, New Hampshire (where filmmaker Jeremiah Zagar was given access to interview her).  As the murder plot unraveled, it was discovered that Smart had seduced a teen (William "Billy" Flynn) into murdering her husband (Flynn and his three high school buddies were also given life sentences, but all are now out on parole).

Email ThisBlogThis!Share to TwitterShare to FacebookShare to Pinterest
Labels: DVD and Blu-ray Release Report, The KimStim Collection's Captivated: The Trials of Pamela Smart Heads To DVD On Nov. 10 With Icarus Films Directing The Sales And Marketing Effort