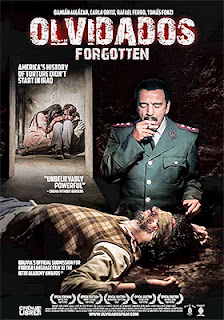 One of Mexico’s premiere filmmakers, Carlos Bolado (six Ariel Awards nominations, with a win for Bajo California: El Límite del Tiempo), heads to South America for the all too familiar tale of how “the enemy of my enemy is my friend.”

Titled Olvidados (aka: Forgotten), this film was Bolivia’s official entry into last year’s Best Foreign Language competition, and will now be available from Cinema Libre on Dec. 1 as both DVD and Blu-ray product offerings.

Central and South America served as the turf for Cold War proxy battles between the United States and the Soviet Union — our ruthless dictators held in check their ruthless “freedom fighters” and visa-versa.    Brutality was not only overlooked, but actually funded.

In the case of Olvidados, we follow the reprehensible fallout of “Operation Condor” in such countries as Bolivia, Chile, Paraguay and Uruguay, where “our” dictators were in favor over their revolutionaries.   This dramatic tale has former military strong man José Mendieta (played at various ages by Lorenzo Quinteros and Damián Alcázar) coming face to face with his own mortality with a near-fatal heart attack. 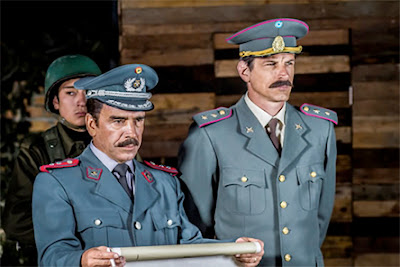 This prompts him to get his past deeds off his chest by writing letters to his son Pablo (Bernardo Peña).

It is pretty ugly, countless thousands died, prisons were full and, if the truth be known, José (and those like him) is nothing more than a sociopath operating under the color of authority.   Rape, torture and murder … all under the clandestine auspices of “Operation Condor.”