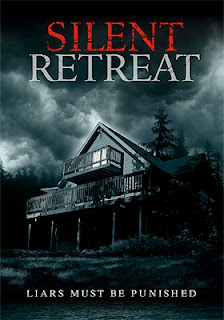 Midnight Releasing announced its first film selection for release on DVD during 2016 this past week.  Debuting on Jan. 12 will be writer/director Ace Jordan’s backwoods chiller, Silent Retreat.

You likely know all about those “bonding” experiences, the ones where some group of co-workers goes off on a weekend retreat to work on their team-building skills.

It usually works out to be an exercise in all of that touchy-feely nonsense that rarely achieves much of anything.   But people do have a good time, except when there’s a cabin in woods and one, by one, by one … they die!

Filmmaker Ace Jordan uses the standard clichés of a “victim pool” (the half-dozen company members) and the obligatory remote cabin in the woods (film nicely in and around Big Bear Lake in California) to set up his film, but cleverly uses misdirection to keep us off-balance. 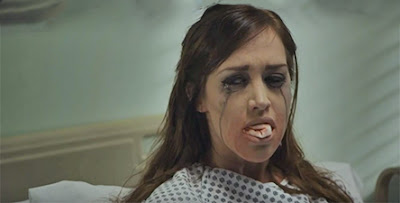 All the elements are lined up for your standard horror “slasher” flick, but he keeps throwing curve balls and change ups … and that makes Silent Retreat one sweet ride.

Bonus nuggets include commentary from filmmaker Ace Jordan, newly prepared video sessions with the cast and crew and a slideshow gallery.