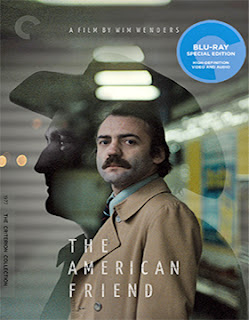 The Criterion Collection announced its New Year’s slate of new Blu-ray and DVD film restorations for delivery during January of 2016 this past week.

Topping the list — and that isalways a subjective statement when it comes to Criterion’s monthly new announcements — is German New Wave auteur Wim Wenders’ 1977 film gem, The American Friend, starring the late Dennis Hopper as the go-to guy when murder is afoot.

The street date for Blu-ray and DVD editions will be Jan. 12.

You know The American Friend was special — even though Wim Wenders was pretty much an unknown — when the likes of auteurists such as Samuel Fuller and Nicholas Ray join in on the fun with cameo appearances.

This new 4K restoration was supervised by Wim Wenders (Oscar-nominated for The Salt of the Earth, Pina and Buena Vista Social Club … all in the Best Documentary category) and features as its bonus goodies a vintage commentary track with Wenders and Dennis Hopper (circa 2002), newly prepared video sessions with Wenders and Hopper’s co-star, Bruno Ganz and deleted scenes (with commentary by Wenders). 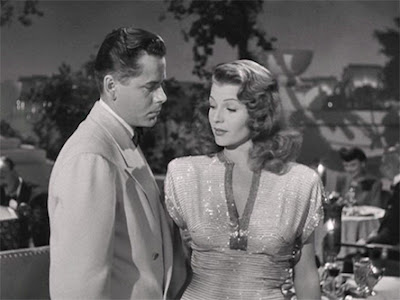 Jan. 19 brings to market DVD and Blu-ray editions of both the Coen Brothers’ Inside Llewyn Davis and director Charles Vidor’s 1946 film noir treat, Gilda, starring Rita Hayworth in the title role, with George Macready and Glenn Ford as the men in her life.   Murder, betrayal and double-dealings with Nazis (it is post-war Argentina after all) on the run are all apart of this South American tale of lust and violence.

Lastly, Jan. 5 will be the street date for The Complete Lady Snowblood, a two film collection featuring Japanese filmmaker Toshiya Fujita’s Lady Snowblood and the sequel, Lady Snowblood: Love Song of Vengeance, starring Meiko Kaji as the child raised for one purpose … revenge!