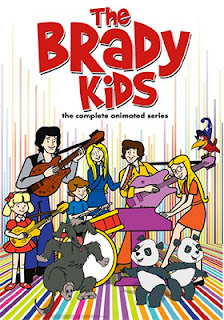 Paramount Home Media announced this past week that the vintage 1972/73 animated television series, The Brady Kids — a spinoff of The Brady Bunch sitcom — will be making its DVD debut on Feb. 16.   The Brady Kids: The Complete Animated Series will feature all 22 episodes, spread over a three-disc collection.

Also streeting on Feb. 16 is the comedy stand-up of Brian Regan in the Comedy Central production of Brian Regan: Live From Radio City Music Hall.

And lastly, Nickelodeon’s animated kidvid hit series, starring monster truck Blaze (voiced by Nolan North) and his friends, will be heading to DVD on Feb. 16 in the release of Blaze and the Monster Machines: Rev Up and Roar!