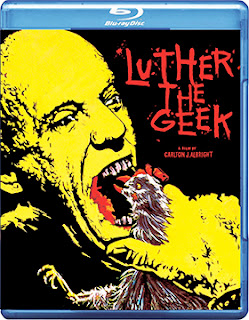 Luther (Edward Terry — The Children) has a taste for blood and biting the heads off of chickens.  Call him strange.  Call him insane.  Call him a deviant; different … such is the life of a sideshow geek.

After years in a mental institution (because our boy is crazy), he is cut loose and rejoins society, where he promptly goes on a clucking, cock-a-doodle doo killing spree.  A classic to be sure!!!

Bonus nuggets being served up on the Blu-ray/DVD Combo Pack edition of Luther the Geek include commentary by filmmaker Carlton Albright, a video session with actor Jerry Clarke (making his film debut here), deleted scenes and outtakes.

Star Wars: The Force Awakens open on Dec. 18 and will likely smash box office records.  It is all the buzz these days and savvy marketeers will certainly be taking full advantage of the film’s release — have you seen all of those TV commercial tie-ins … it’s mind-boggling!

You can also expect the home entertainment market place to be ready with all sorts of DVD and Blu-ray releases and promotions — no matter how tangential — that will seek to ride the crest of this wave of all-things Star Wars. 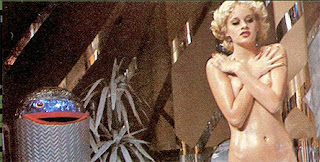 Well guess what, Vinegar Syndrome has one of the cleverest Star Wars promotions ready for fans of the series to enjoy on Jan. 19.   It comes in the form of adult filmmaker Howard Ziehm’s 1979 classic, Star Virgin, starring the alluring Kari Klark as Space Virgin, who has her own “R2D2” robot, Mentor, whose job is to “educate” her in the ways of all things carnal.

Kari Klark was a Hustler Magazine centerfold and Star Virgin was itself an adult entertainment spin on the original 1977 film release of the Star Wars — amazing, isn’t it, how things come full circle. 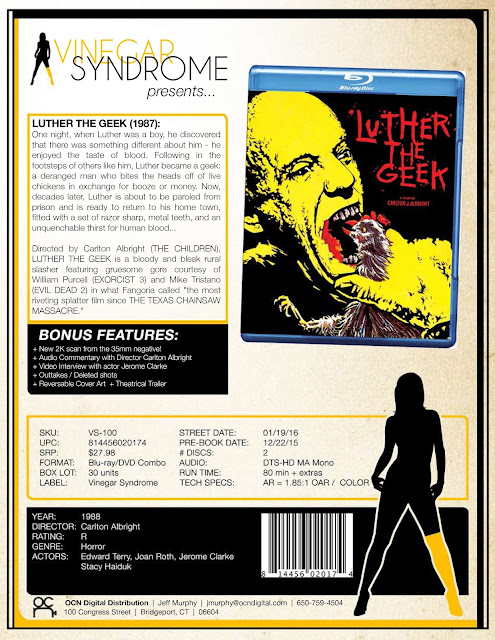