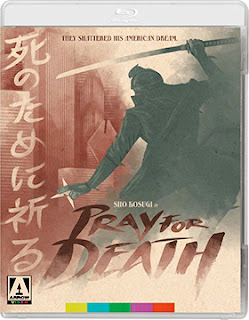 Arrow Video, with domestic sales and distribution support provided by MVD Entertainment Group, announced this past week that the late director Gordon Hessler’s 1985 revenge thriller, Pray for Death, has been given a new hi-def restoration.

Feb. 16 is the assigned street date for the new Blu-ray editions, which features both the original theatrical cut and the unrated version.

Akira (Shô Kosugi — Enter the Ninja, Rage of Honor, Blind Fury, etc.) is a happily married Japanese businessman (with an interesting secret) who resettles to Houston, Texas with his Japanese-American wife and their two young boys.

His dream of operating Aiko's Japanese Restaurant (named after his wife — played by Donna Kei Benz — Looker, The Challenge) are quickly destroyed by a thug by the name of Limelight Willy (James Booth), his henchmen and some local rogue cops (stolen merchandise, etc.). 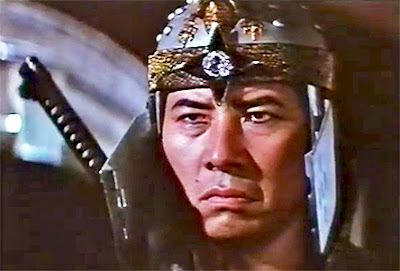 There is a steady escalation of the violence (the proverbial “fuse being lit), until a line is crossed — Aiko is murdered — and Akira’s “interesting secret” is revealed!

Bonus features include a newly-prepared video session with Shô Kosugi and an archival featurette showing a Ninjutsu demonstration by Kosugi.