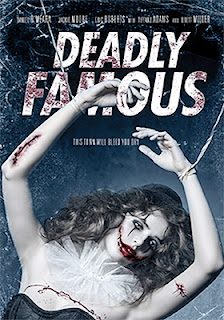 The directing/producing team of Jim Lane and Eric Troop will be celebrating the New Year with news this week that Indican Pictures has targeted Jan. 12 as the DVD debut date for their Hollywood horror tale, Deadly Famous.

The movie business in SoCal has its social structure.   Stars, would-be stars, up-and-coming stars, has-been stars, never-been stars … oh yes, all the technical people (those CGI artists, sound, editing, etc.) are in the mix as well.   Pamela (played by the dreamy blonde Jackie Moore — The Opposite Sex, Sensory Perception, etc.) is one of those “would-be stars” who is just starting out in her career … a bright future in front of her. 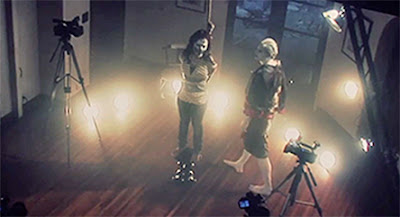 If she is going to succeed in her career (and move up that ladder) our lovely Pamela has to deal with the survival part, food (work) and shelter (a place to live).   The shelter part comes in the form an answer to a classified ad offering a “guest room for rent,” the landlord — as luck would have it — is none other than Alan Miller (Daniel O'Meara — Tony 5, Castle Made of Sand, etc.), a peripheral player (who, by the way hangs out with Eric Roberts — playing himself here).  He must have had some success, he’s got a nice place and guest house to rent. 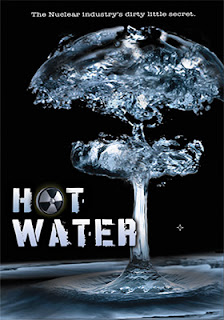 Before the end credits our lovely heroine will learn all about surviving in Hollywood … the debonair Alan is a real lady killer!    Seriously, Alan’s a serial killer, urbane, social — geeze, he hangs out with Eric Roberts — and he’d very much like to make his latest tenant the star of his next film!!!   Creepy!

Also opening the New Year, with a Jan. 5 DVD debut date, is the documentary filmmaking team of Kevin Flint and Lizabeth Rogers’ Hot Water, a chilling look at our nation’s problems with nuclear waste — from mining to fuel to, well, waste; toxic waste.

Our drinking water, even the earth we walk on and the air we breath are all in the line of fire from the accumulation of heavy metals that are the residue of this “clean energy” source.    There are tons of it; mountains of waste with no plan for making it safe (landfills, is that a plan?) … and more everyday! 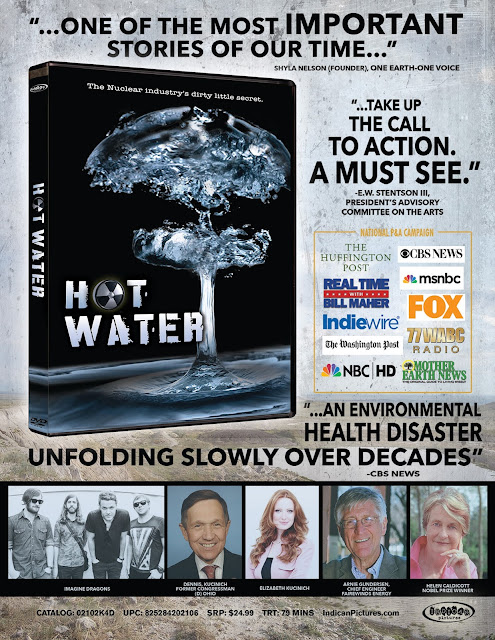