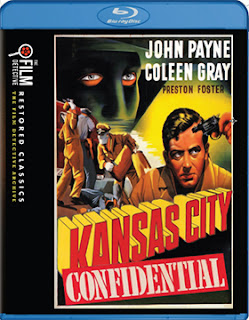 Director Phil Karlson worked his way up the ranks at Universal Pictures during 1930s and early 40s before striking out on his own with a string of B-movie entries for Poverty Row studio Monogram Pictures.

Included in the mix were a pair of Charlie Chan films — The Shanghai Cobra and Dark Alibi — and a Bowery Boys comedy (Bowery Bombshell).  Then came a quick parade of post-war programmers that included The Big Cat (1949), The Iroquois Trail (1950, with Brenda Marshall and George Montgomery) and The Texas Rangers (1951, also with Montgomery and co-starring Gale Storm).

Then came 1952 and two film noir gems, Scandal Sheet (teaming Broderick Crawford with the likes of Donna Reed, John Derek, Rosemary DeCamp and Henry Morgan, who sadly passed away this past weekend at 96 years of age) and Kansas City Confidential, starring John Payne as an ex-con patsy framed by “Mister Big” (Preston Foster) as part of an elaborate heist. 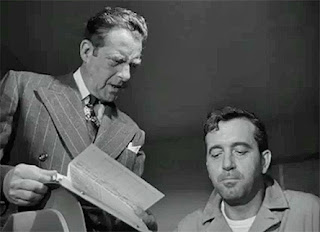 Word arrived this week from the Film Detective that one of these 1952 film noir classics from filmmaker Phil Karlson has been newly restored from original 35mm source material (with a restored audio track as well) and will be released as newly-minted Blu-ray product offering on Jan. 26. 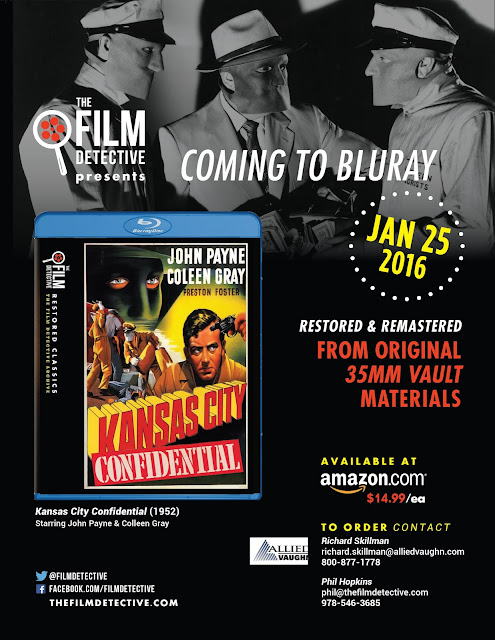