Icarus Films Teams With Bullfrog Films On Apr. 19 For DVD Editions Of Biophilic Design And Shadows Of Liberty 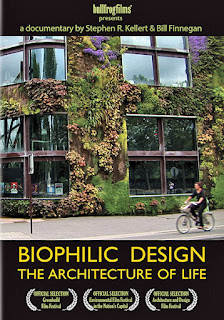 Icarus Films will be teaming with Bullfrog Films on Apr. 19 for two new-to-DVD releases.

First up is Biophilic Design from filmmakers Bill Finnegan & Stephen R. Kellert, which examines the inherent need by human beings to connect to nature, even when confined within the drab surroundings of big cities.

Green architecture and a reconnection to the natural world are detailed in their film with plenty of examples how corporate needs for functionality and nature can coexist. 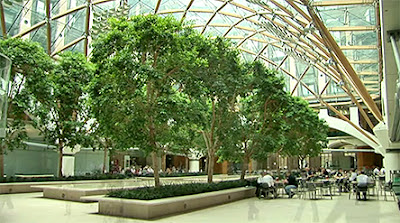 Also heading to the DVD market place on Apr. 19 is documentary filmmaker Jean-Philippe Tremblay’s Shadows of Liberty.   Based on Ben Bagdikian’s book, “The Media Monopoly,” the film — from a Canadian POV — examines current trends in the news media in the United States.   The dangers of “media monopoly” are raised and many examples of journalism bowing to corporate and government influences are covered.

Icarus Films and Bullfrog films are presenting two viewing options for Shadows of Liberty — a shorter 53 minute cut and the full theatrical cut of 93 minutes.

Email ThisBlogThis!Share to TwitterShare to FacebookShare to Pinterest
Labels: DVD and Blu-ray Release Report, Icarus Films Teams With Bullfrog Films On Apr. 19 For DVD Editions Of Biophilic Design And Shadows Of Liberty