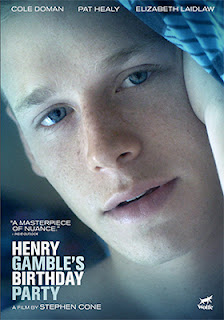 Everything is in place for a really bad trip down tripe lane.   A gay teen, son of a Christian minister to boot, an evangelical pool party, complete with kids who don’t belong and more, lot’s more, but writer/director Stephen Cone turns all of these very obvious things — and preconceived notions — completely upside down.

Wolfe announced this past week that Cone’s award-winning “dramedy,” Henry Gamble’s Birthday Party, will be making its DVD debut on May 3.

In the hands of a lesser filmmaker, Henry Gamble’s Birthday Party could have been a tedious exercise.   You know, one of those indie nightmares about being gay and how very difficult it all can be … poor me, poor me.   This is not one of those movies!

You are going to spend a day with Henry Gamble (Cole Doman) as he celebrates his seventeenth birthday.   Cast aside your assumptions and just enjoy the party.

It’s a pool party and everyone is invited.   His parents are the hosts — his father, Bob (played by Pat Healy — Magnolia, Rescue Dawn, Draft Day, etc.), is a minister and his mother, Kat (Elizabeth Laidlaw), well, she is a woman in crisis (she is becoming overwhelmed by the changes in her world) — and Henry’s sister, Autumn (Nina Ganet), is home from college (she’s been away for her freshman year).

Henry’s friends from high school are invited.  So too, his friends from church.  And his parents have even invited some of their friends as well … it’s a microcosm of any small town.

One is reminded of filmmaker John Sayles, who has this marvelous ability to write characters three and four levels deep.   In many films, once you get past the chief protagonists, you get to the “supporting” characters and they are often one-dimensional — wallpaper.   Sayles can flush these characters out beautifully, even if they are only in a scene or two (catch Limbo, Lone Star or Passion Fish as examples).

So too does Stephen Cone … there are terrific bits with “minor” characters that are so reminiscent of Sayles.   Darci Nalepa as Grace, a prim and proper church girl who is dying to jump in that pool (Will she?  No.  Maybe.  Come on Grace!), and then there is Jack Ball as Jon, a gung-ho church teen, complete with guitar, who has this wonderful scene in the pool with two of the “high school” girls. 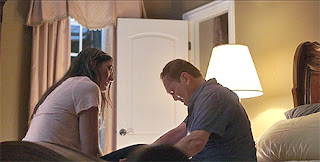 Neither of these characters are really essential to the story, but these are the touches that separate good films from the not-so-good ones.

So come spend a day with Henry and his family — and friends — as they navigate their way through life, sex, religion and so much more.   It’s a wonderful party and you all invited by Wolfe for the DVD unwrapping on May 3. 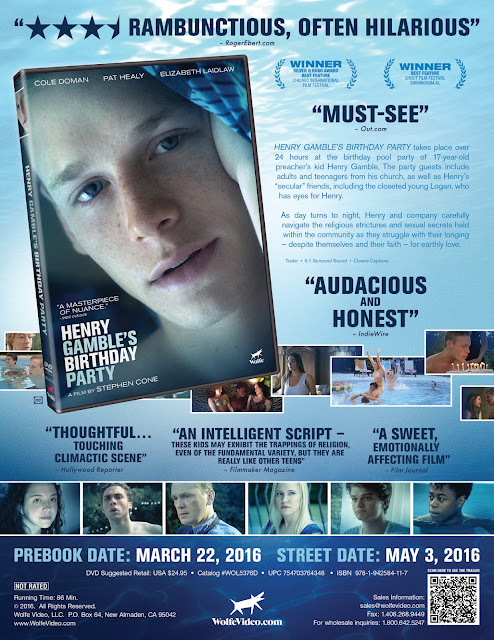