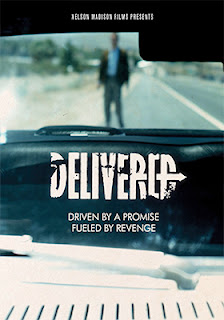 Indie Rights, with sales and distribution support provided by MVD Entertainment Group, will be director Michael Madison’s nifty neo-noir thriller, Delivered, to the DVD market place on May 24.

Shane (Michael Madison) returns home from his latest tour of duty in Iraq to his widowed mother, Marilyn (Alana Stewart), who has fallen on hard times after the death of his father.   The only possession that she has managed to salvage is his father’s vintage Mustang.   It’s a beauty!

His near-death experiences in Iraq, the death of his father and the sorry state of affairs that he finds his mother in, all pile up … he’s got to do something, but what?

When a buddy of his suggests that there might just be some easy money to be made by working for his uncle, a shifty sort named Sarkis (Ludwig Manukian), he reluctantly decides to give it a go.  A courier, packing a gun and delivering “stuff” to equally shady characters … is there really a future in that?  But what else can he do?   The money is good and he gets to spend hours on the road.  It’s cathartic.

As “fate” would have it — while on one his “runs” — he happens upon a thug in the middle of raping a young woman and clobbers him with a baseball bat.   The thug pulls a gun, he hits him again!  The grateful young woman, whose name is Cindy (Jeanette Steiner), shows her appreciation and our boy Shane is hooked.

So let’s pause just a moment and rewind this.   Courier job with a gun, damsel in distress, shady characters and big money changing hands … Shane can’t possibly be being played!  Set up, as they say, "for the big sleep."

If you are a film noir fan, then you already know the answer.   He has got a sweet ride in that classic Mustang, a grateful and very beautiful woman in the passenger seat and danger at every turn … come on, admit it, Delivered is a film “ride” that you’re going to take in a heartbeat. 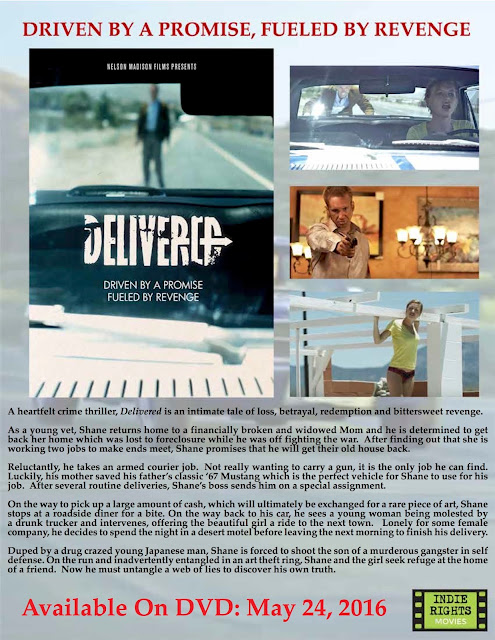