Hello, My Name Is Doris On DVD And Blu-ray From Sony Pictures Home Entertainment On June 14 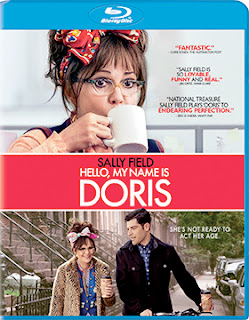 Sony Pictures Home Entertainment almost got blind sided again by a certain eager retailer posting street dates before official announcements could be cranked out by the studio.

This “certain retailer” (come on, we all know that it is amazon.com) began taking orders for a June 14 DVD and Blu-ray launch of writer/director Michael Showalter’s feature-length version of filmmaker Laura Terruso’s 2011 short film, Doris & the Intern … which was retitled for the screen as Hello, My Name is Doris.

That order-taking activity was likely spawned by the May 31 window for online digital/HD sales, which was in turn triggered by agreements related to box office performance … and probably pressure from arch rival Netflix.

While Sony Pictures Home Entertainment was slow to respond to the pre-announcement sales activity for both Risen and The 5th Wave, they jumped on this leak quickly with a full-blown press announcement for this delightful Sally Field comedy within hours of that retailer’s order taking activities. 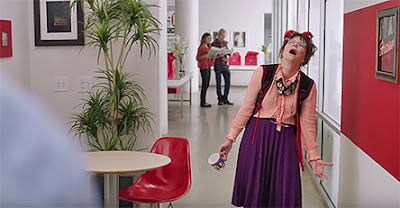 Yes, June 14 is the real street date, which yields an ARR of 95 days.   Box office receipts currently stand at $12.8 million.   Normally, that level of box office performance would be considered a “failure,” but Hello, My Name is Doris is not a studio production, but an indie theatrical release (Roadside Attractions) that got its start on the festival circuit (SXSW), which was then followed by a platform theatrical release … a few screens, a few more screens, a jump to nearly 500, another 400 and then back down again.

DVD and Blu-ray will certainly give this intergenerational comedy a much wider audience … and, as a bonus, this wonderful little film showcases Sally Field’s best work in years.
As to bonus goodies, Sony says that there is “filmmaker commentary,” which we assume means director Michael Showalter and co-writer Laura Terruso, an alternate opening, plus deleted and extended scenes.

Email ThisBlogThis!Share to TwitterShare to FacebookShare to Pinterest
Labels: DVD and Blu-ray Release Report, Hello, My Name Is Doris On DVD And Blu-ray From Sony Pictures Home Entertainment On June 14