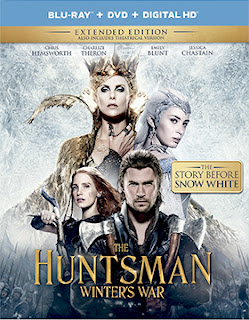 Universal Pictures Home Entertainment will be giving director Cedric Nicolas-Troyan’s The Huntsman: Winter's War — the continuing adventures of Eric the Huntsman of the Brothers Grimm’s “Snow White” fable — the full treatment on Aug. 23.

The ARR works out to 123 days and domestic ticket sales currently stand at $48 million — less than a third of what Snow White and the Huntsman pulled in back during its theatrical run in 2012.

Although the film concludes with the hint of a possible sequel, it looks like this potential studio franchise has hit the end of the line.

As to bonus features common to all SKUs, director Cedric Nicolas-Troyan provides commentary, plus there are deleted scenes (with commentary) and a gag reel.   There are also two featurettes — “Dressed To Kill” and “Love Conquers All.”

Exclusive to the Blu-ray and 4K Ultra HD editions are three additional featurettes — “Two Queens and Two Warriors,” “Meet the Dwarfs” and “Magic All Around.” 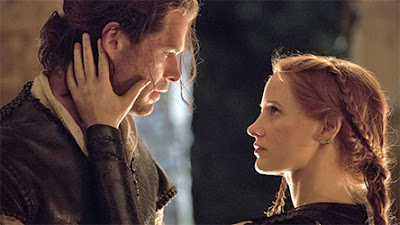