VCI Entertainment Targets Aug. 2 For A Blu-ray Restoration Release Of The Night Visitor 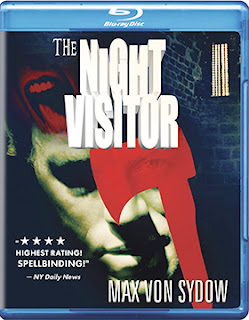 VCI Entertainment announced this past week that Aug. 2 will be the street date for a new HD restoration — from the original film negative — of director László (Laslo) Benedek’s 1971 meticulous thriller, The Night Visitor.

Ingmar Bergman regulars, Max von Sydow, Liv Ullmann (who co-starred in Bergman’s Hour of the Wolf, Shame, etc.) and Per Oscarsson are joined by the likes of Trevor Howard, Rupert Davies and Andrew Keir in this English-language chiller, which was actually shot on familiar Bergman ground (which works wonders for the type of film that is presented here — cold, bleak and blessed with an unrelenting feeling of despair).

What makes this film so much “fun” is that the plot is clever and always keeps you guessing as to whether von Sydow’s character, Salem, is really insane, or a victim falsely imprisoned who has figured out a foolproof plan to gain his revenge.   He is a brutal killer, but you understand the why of it … and the whole affair is tied together with a marvelous twist in the final act. 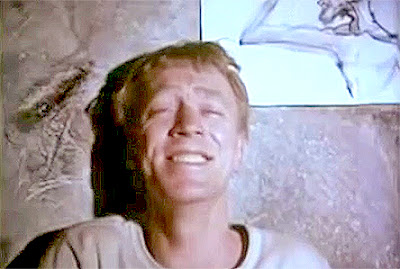