Paramount Home Media To Release A Blu-ray Collection Of Star Trek: The Animated Series On Nov. 15 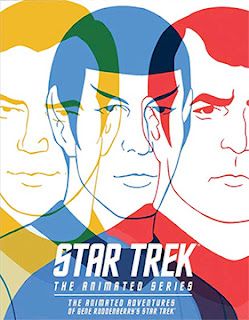 Star Trek, the landmark television series finished its three-season run in June of 1969 and a vacuum was immediately created.   Little did they know that Trekkies had been born and they wanted more, more and more adventures featuring Kirk and Spock and the rest of the crew of the Starship Enterprise.

It wouldn’t be until December of 1979 when Paramount would deliver the Star Trek: The Motion Picture … but what to do until that star date arrived.

The solution was a 22 episode animated series (running from September of 1973 until October of 1974) featuring the voices of all but one of the original series characters (thanks to the Mr. Spock for holding firm) — only Walter Koenig was not included in the group (although he did participate by providing the script for the first season episode titled “The Infinite Vulcan.” 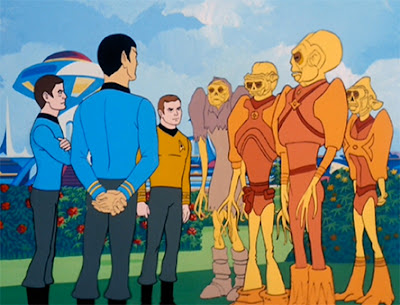 In other release news this week, Paramount Home Media has selected Nov. 29 as the DVD debut date for writer/director Clea DuVall’s The Intervention.

The ARR works out to 95 days and ticket sales generated in the film’s very limited theatrical run come to $32,919.

In a radical twist on a family or friends “intervention,” a group of Generation X couples plan a getaway a beautiful lakeside vacation home (filmed in and around Savannah, Georgia) for a weekend of “catching up;” a reunion if you will (think: The Big Chill). 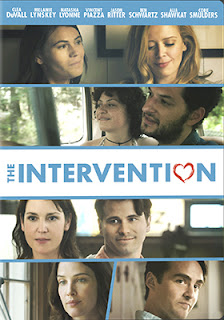 Organized by Annie (Melanie Lynskey — Heavenly Creatures, Up in the Air, etc.), the plan is not to fix things, to stop bad habits — like drugs or alcohol addiction — but to tear something apart.  That would be the marriage of Ruby (Cobie Smulders) and Peter (Vincent Piazza).

Annie, what are you thinking!!!   Of course this is a very bad idea … but once there, in this paradise, you have to make the best of it!
Bonus features include a blooper reel and the Tegan and Sara music video titled, “Fade Out.”

Email ThisBlogThis!Share to TwitterShare to FacebookShare to Pinterest
Labels: DVD and Blu-ray Release Report, Paramount Home Media To Release A Blu-ray Collection Of Star Trek: The Animated Series On Nov. 15