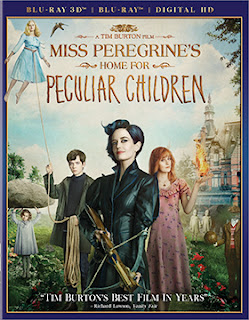 20th Century-Fox Home Entertainment finally made it official this past week.  Miss Peregrine’s Home for Peculiar Children will indeed be retail-ready in time for Christmas.

About two weeks ago Ingram Distribution’s videoeta.com web site, which is usually out in front of everyone (for pretty obvious reasons), was touting a Dec. 13 street date for DVD, Blu-ray/DVD Combo Pack (two separate SKUs — one with and one without a 3D viewing option) and a 4K Ultra HD/Blu-ray Combo Pack selections of this Tim Burton hit film adaptation of the Ransom Riggs best-selling novel.

Amazon.com immediately followed with order taking for that mid-December street date, but then there was no follow-up from Fox.   Days passed, nothing.  A week went by, nothing.   Another week came and went and again … nothing.   Both sources pulled back on the date, so the DVD & Blu-ray Release Report held back on reporting the date. 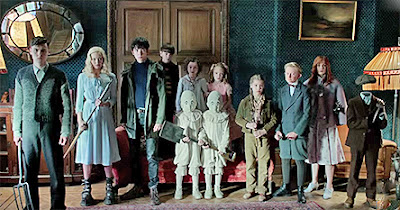 Perhaps the “new world” would be delayed until January.   And then, bingo the official press release from 20th Century-Fox Home Entertainment arrived and cheerfully confirmed that Dec. 13 would be the date.  Thus it will be that on Dec. 13 everyone will be able to discover what Jake’s (played by Asa Butterfield — Ender’s Game, The Boy in the Striped Pajamas, etc.) peculiar power is at Miss Alma Peregrine’s (Eva Green — Casino Royale) magical home where very “unique” children dwell, including the lighter than air Emma (Ella Purnell).   But, beware the Hollows!

For the record, Miss Peregrine’s Home for Peculiar Children arrives in the home entertainment market place with a lightning-quick ARR of just 74 days.  Ticket sales were an impressive $86.2 million.

Bonus include a gallery of Tim Burton sketches and photographs, a trio of featurettes — “The Peculiar Story,” “Hollows and Ex-Hollows” and “May of Days” — and Florence and The Machine music video, “Wish That You Were Here.”