Oscilloscope Laboratories Tabs Mar. 14 As The Street For DVD And Blu-ray Editions Of Writer/Director Anna Biller's The Love Witch 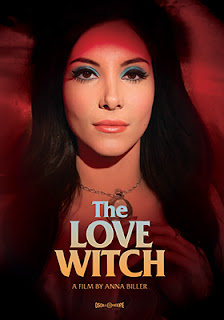 Writer/director Anna Biller’s The Love Witch, a beautifully mounted horror yarn about a witch named Elaine, arrives as both DVD and Blu-ray product offerings from Oscilloscope Laboratories on Mar. 14.

The ARR is 123 days and domestic ticket sales from the film’s limited major metro theatrical run are $191,476.

Great beauty can drive a woman mad.  This is the fate that plagues Elaine (Samantha Robinson — Sugar Daddies, Labyrinths), who is not only incredibly beautiful, but sexy to the point of being sinful.

She is also a witch, who finds that her spells and her appearance drive men mad with desires … desires that ultimately consume them.    Elaine can’t have a normal, loving relationship, rather she is a flame that burns brightly and men are willing moths drawn to that flame and their own destruction. 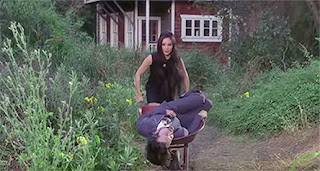 What makes this tale all the more inviting is the way in which filmmaker Anna Biller has constructed it.   First, the cinematography by M. David Mullen (noted for his work on such films as Northfork, Twin Falls Idaho and Akeelah and the Bee) is seemingly a stylistic throwback to 60s and 70s genre films — you half expect Barbara Steele to appear in a scene from a 4K transfer of one of her vintage horror flicks from the period.

Secondly, Biller — and we are only guessing here — appears to have seen her fair share of Hitchcock films.  The framing, rear-screen sequences and a number of exterior shots appear to be an homage to the master.

After losing her husband, Elaine takes to the road in effort to get away from her past (police are also curious) and to find a new love.   However, her spells often end up with unintended consequences — that would be dead lovers — so its try and try again.   Which leaves her repeatedly alone and somewhat malicious in her desire to satisfy her needs; sympathetic and yet monstrous. 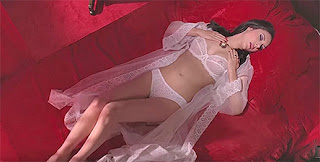 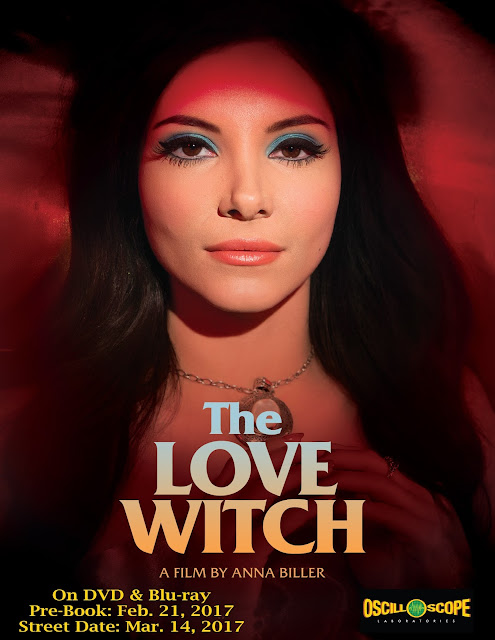 Email ThisBlogThis!Share to TwitterShare to FacebookShare to Pinterest
Labels: DVD and Blu-ray Release Report, Oscilloscope Laboratories Tabs Mar. 14 As The Street For DVD And Blu-ray Editions Of Writer/Director Anna Biller's The Love Witch