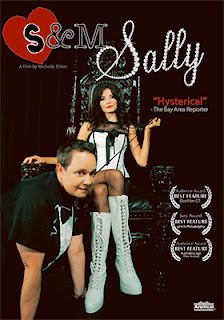 Ariztical Entertainment announced this past week that writer/director Michelle Ehlen’s award-winning “sexcapade” comedy, S&M Sally, will be making its DVD debut on Apr. 18.

Jill and Jamie are back!   When we last saw them they were winning our hearts in the 2013 comedy Heterosexual Jill, which had Jill testing her newfound non-lesbian status with her “former” partner Jamie and failing miserably.

This time the subject turns to “50 Shades” of sexual exploration when Jamie (Michelle Ehlen) discovers that Jill (Jen McPherson) has been checking out the sex-club scene.   Jamie makes a game effort at being cool, but she is no match for Jill who is always “50 steps” ahead at playing these “games.” 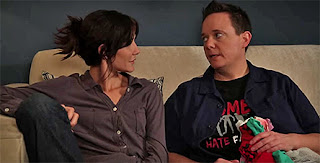 And to compound the merriment, their “straight” couple friends, Lola (Shaela Cook) and David (Scott Keiji Takeda), have gone down the rabbit hole of “polyamory” with a sexual chameleon named Sebastian (Adrian Gonzalez).

Bonus goodies include outtakes, a pair of featurettes — “Behind the Scenes” and “Dungeon Tour” — and the music video from Lynx from Random Order, “Black Lipstick Kiss”