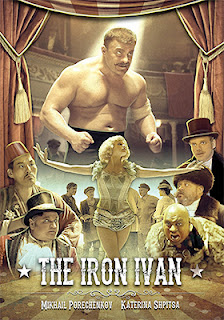 This lushly mounted film (with cinematography by Vladislav Opelyants) details the life of Ivan Poddubny (played by Mikhail Porechenkov), Cossack-born during the time of Czarist Russia (1871), who became the World Champion in wrestling in 1905 at the age of 34.

After World War I, Poddubny became a world figure and toured extensively in the United States where he earned close to a half-million dollars in prize winnings, which he was unable to take back to the Ukraine.   That, among other thing, sparked the interest of the Communist authorities, who tossed him into prison (being a Cossack he would be always be suspect) and tortured.

The film covers his amazing sports career as a wrestler (only two recorded event losses in 40 years of world-class competition) and his love affair with his wife, Maria (Katerina Shpitsa) … he was even forgiven by the party elites and named a “Master of Sports.”

The Iron Ivan is presented in Russian with English subtitles. 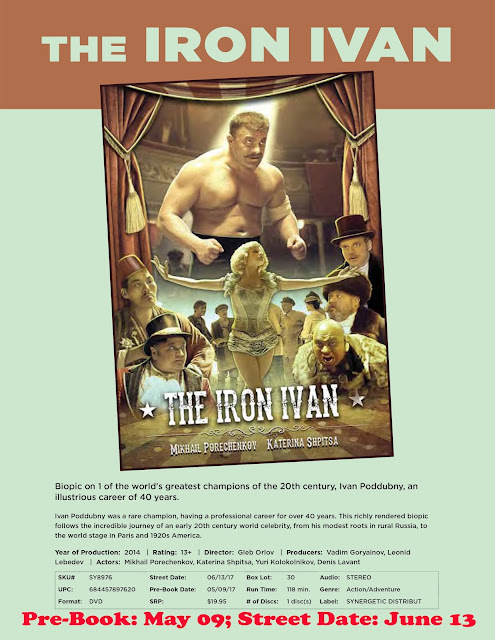