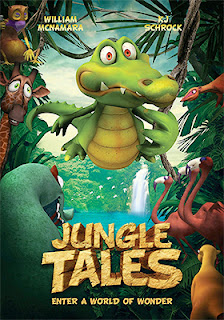 Ruthless Films, LLC will be teaming with MVD Entertainment Group on June 27 for the DVD debut of the directing team of Liliano Romero and Norman Ruiz’s Dove Family-Approved animated adventure, Jungle Tales.

A giraffe just happens to be on the way from the zoo to an animal rehabilitation center when he suddenly finds himself in an Amazonian rainforest.   This lost giraffe meets a crocodile, a friendly sort of fellow, who has an incredible tale to tell … and so our adventure begins.

He tells his curious friend that he is in the “Jungle of the Animal Warriors,” but that it wasn’t always that way.    It seems that something called “The Monster” invaded their serene rainforest and was digging holes and mowing down the trees and of the animals were all in a panic.

Aratay, the jaguar — who the other animals fear — comes to warn them of “The Monster and that they must band together.   But, mistrust of Aratay is rampant and it is only when an unlikely little boy, named Koati, enters the fray and unites the animals of the rainforest that battle against “The Monster” begins! 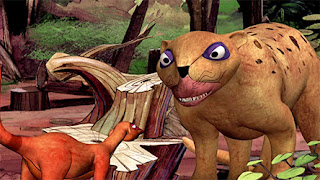 Filmmakers Romero and Ruiz use an interesting blend of stop motion, cut-outs, pastel backgrounds and other creative techniques to tell their story, which works as a blend of conservation awareness and an introduction to the many varieties of animals living in the Amazon rainforest. 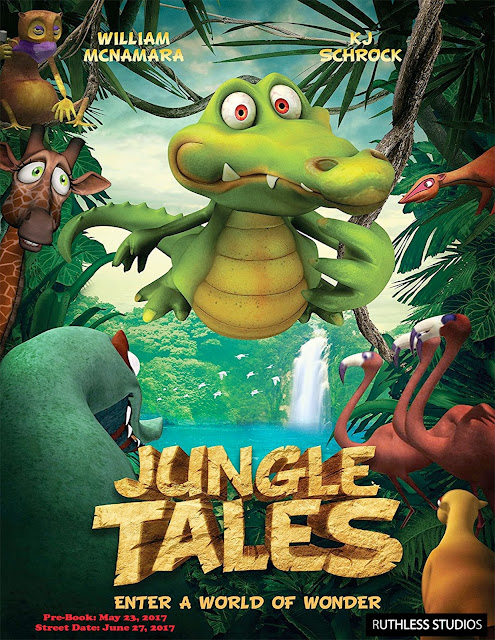