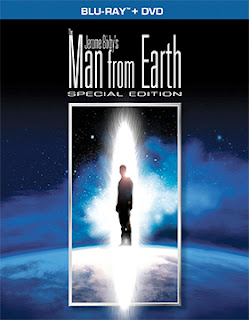 MVD Entertainment Group will be guiding the Blu-ray/DVD Combo Pack release of director Richard Schenkman’s 2007 cerebral sci-fi tale, The Man from Earth, to market on Nov. 21.

Famed sci-fi storyteller Jerome Bixby provided the script, which, as legend has it, remained unfinished — a work in progress so to speak — for years and was only completed by Bixby when he knew that the end was near for him.   He died in 1998.

He was known for his work on the original Star Trek series (scripts for “Mirror, Mirror” and “Requiem for Methuselah,” among others), plus such classic sci-fi films as It! The Terror from Beyond Space and Fantastic Voyage, but it was his prolific output of short sci-fi stories during the 1950s that made him something of a legend among the genre community.

With The Man from Earth we are introduced to Prof. John Oldman (get it, “Old Man”), who is portrayed by David Lee Smith (Fight Club, A Walk to Remember, etc.), who is about to move on from his current teaching position.   His colleagues decide to throw him a hastily fashioned going-away party, which sets in motion an evening that none of them will ever forget. 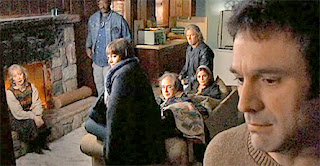 Instead of an elaborate CGI, action-packed sci-fi thriller, Bixby’s script presents an evening “roundtable” of sorts, with Oldman’s peers listening to a fastastic tale of how he is actually a 14,000-year old “cave man,” who does not grow old.  He stays in one place for roughly ten years — a period too short to notice that there has been no change in his appearance — and then moves on.   That time has come once again. 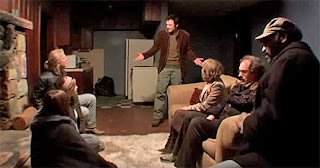 Bonus goodies include a new feature-length documentary titled The Man From Earth: A Look Back, two commentary options — one featuring director Richard Schenkman (Went to Coney Island on a Mission from God ... Be Back by Five, The Pompatus of Love, etc.), who is joined by actor John Billingsley (he plays Harry, one of Oldman’s colleagues), and a second with producer Emerson Bixby (Jerome’s son) and sci-fi author/scholar Prof. Gary Westfahl — plus four featurettes — “From Script to Screen,” “Star Trek: Jerome Bixby's Sci-Fi Legacy,” “On the Set” and “The Story Behind the Story.”

There is also a short film titled “Contagion” and a teaser trailer for The Man From Earth: Holocene. 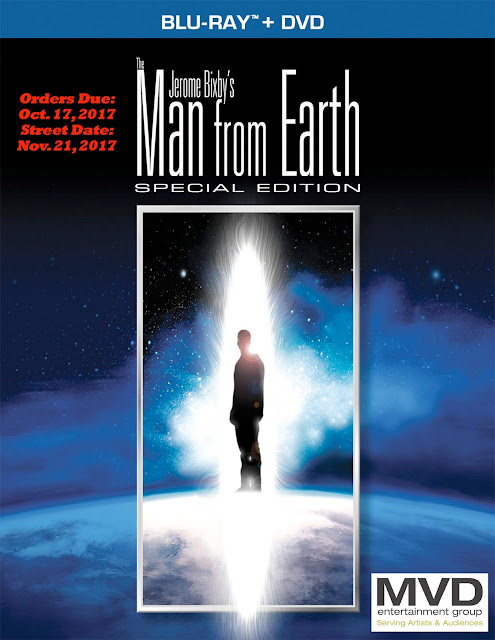