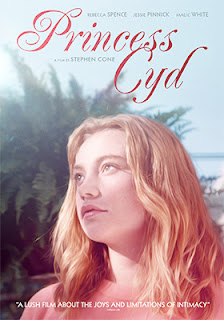 There is a great disturbance in the force.   Where have we heard that before?

While a mid-summer visit to Chicago may not be a disturbance of galactic proportions, nevertheless author Miranda Ruth’s (Rebecca Spence) gets just that when her niece, Cyd, (Jessie Pinnick) comes for a short visit in writer/director Stephen Cone’s latest film, Princess Cyd.

Wolfe announced this past week that Princess Cyd will be making its DVD debut on Dec. 5.

Cyd is banished to a visit with her father’s sister when he reaches his limit — teenagers can turn into aliens, they say — and a much needed “time out” is in the solution.  Of course, from Cyd’s POV, her father is the problem, but that’s a story for another day.

Miranda runs a social and intellectual circle that is beyond Cyd’s young years — in fact, Miranda hasn’t seen the kid since she was in second grade, so an adult-sized tyke is something that she is not quite prepared to deal with.   Is this really my brother’s child?
For Cyd this particular visit to her aunt is a WOW experience!  Chicago!  There’s so much to see and do!

For filmmaker Stephen Cone, who gave us Henry Gamble's Birthday Party and The Wise Kids, this is quite a departure.  You have an inquisitive teenage girl and an intellectual aunt, who has “churned” away her years with intellectual pursuits, who is suddenly confronted by a force of nature.  It is very different for Cone and he nails it.

While Cyd is eager to engage with her peers — with Katie (Malic White) at the coffee shop or an over-eager teenager at one of her aunt’s social gatherings —Miranda begins to realize that she has let too much time slip away.   Cyd is exactly the breath of fresh air that was needed.   Ironically, a father’s loss of patience created the perfect summer for both his daughter and his sister! 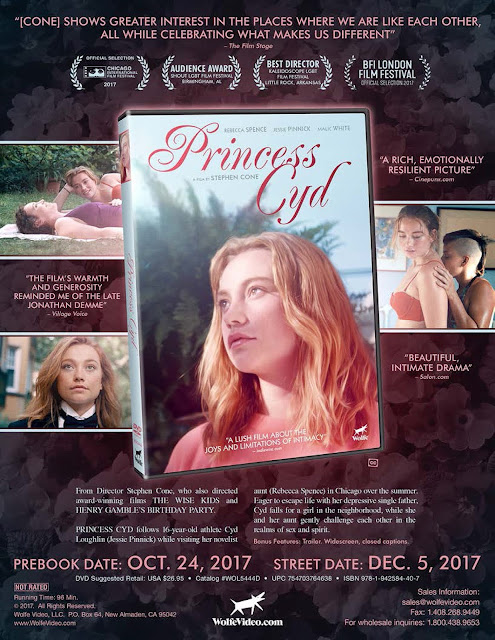