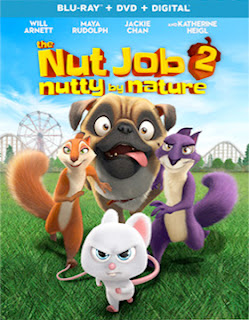 Planned for release are both DVD and Blu-ray/DVD Combo Pack editions … the ARR comes in at 95 days and box office revenues currently stand at $28.1 million.

As to bonus chestnuts, filmmaker Cal Brunker will be providing commentary and he will be joined by co-writer Bob Barlen — they previously teamed for the 2013 animated hit, Escape from Planet Earth — plus there are deleted scenes, an “Animation Progression Reel” (two scenes are presented from concept to completion) and a “Concept Art Reel.”