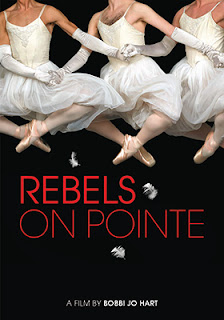 They will be touring the United States beginning Jan. 20 through Mar. 4.   Make note of those dates, because if after reading this news from Icarus Films, you just might want to catch one their live performances.

The announcement this past week from Icarus Films was that documentary filmmaker Bobbi Jo Hart’s Rebels on Pointe will be making its DVD debut on Feb. 13.   The film had a brief arthouse theatrical break in mid-November (limited to just three screens), so a much-wider audience stands ready to enjoy this gem.

For the record, the ARR works out to 88 days.

Rebels on Pointe documents the rich history of Les Ballets Trockadero de Monte Carlo, an American ballet group that bills themselves as “The World’s Foremost All-Male Comic Ballet Company.”   Founded way, way back in 1974, the ballet artists of this company have fun with classical ballet — playing both the male and female parts — but as the New York Times review of Rebels on Pointe (by Jeannette Catsoulis) pointed out … “The performances are hilarious, but the dancing is no joke.  As Gia Kourlas, a dance critic for The New York Times, points out, it takes exceptionally strong technique to merge classical choreography and comedy.” 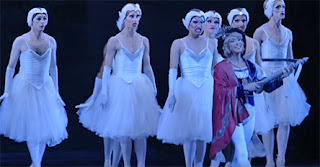 The film itself details the group’s history, provides behind-the-scenes access to their work (and preparation), plus interviews with cast members and clips from the various presentations — just the trailer for the documentary can get you hooked; the film itself will make you a fan!

Bonus features on the DVD provided by Icarus Films include a whopping 145 minutes worth of bonus interviews and outtakes!

Also new from Icarus Films this week, and timed for release during the celebration of Black History Month is the DVD presentation of I Am Somebody: Three films by Madeline Anderson (Feb. 6). 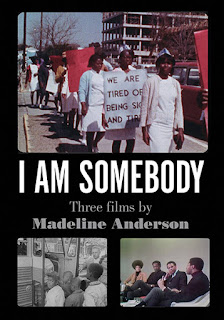 The DVD release from Icarus includes three of Madeline Anderson’s short films … the heart of which is the 30-minute presentation of I Am Somebody.  Documentary filmmaker Madeline Anderson was in the right place at the right time when the events unfolded in the spring of 1969 at the South Carolina Medical College Hospital in Charleston, South Carolina.   Her film is like a time capsule view of what unfolded at time.

By any standard the black workers — mainly nurses and aides — were treated poorly.  Their wages were not only below those of whites performing similar duties, but a full 30 cents per hour below the Federal Minimum Wage ($1.30 at the time).    12 said enough and were immediately fired.   Their co-workers went out on strike to protest and the National Guard (with fixed bayonets) was called in … the unrest lasted for 100 days.   Dr. Ralph David Abernathy of the Southern Christian Leadership Conference was there to help with the strike and Coretta Scott King spoke to the strikers during this period. 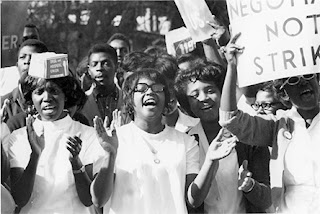 Eventually, the strike was resolved, wages raised and the 12 who were fired were rehired … the threat of $12 million in Federal Funds being withheld was a mighty hammer.

The other two films in this unique collection are Integration Report 1 (circa 1960) and A Tribute to Malcolm X (1967).   Icarus Films is including, as a bonus, the short film titled Celebrate Moe! 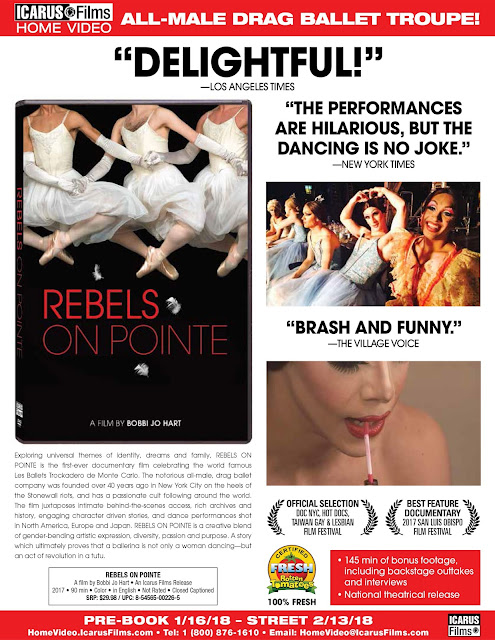