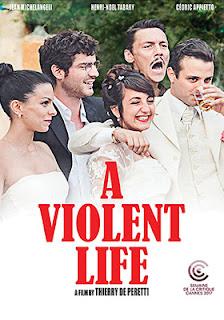 We see a different side of France in de Peretti’s latest film, which, as a native-born Corsican, is drawn from his own experiences and the troubled island’s recent past history.   Often neglected, or simply ignored by continental France, beginning roughly in the mid-1970s a Corsican nationalist movement began to take shape, which in over a generation devolved into both regional crime and political factions.

It is with this background in mind that we are introduced to Stéphane (Jean Michelangeli), a seemingly care-free student living in France in 2001.   Looks can be deceptive and when he receives a phone call that his childhood friend has been murdered the past — his Corsican past — comes crashing back in on him. 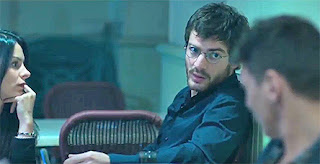 He has a gangland death sentence awaiting him, but honor dictates that he return to his native island to attend the funeral of his friend … there is no alternative.

Through Stéphane’s journey home, coupled with a series of flashbacks, we learn the backstory of both him and his murdered friend, Christophe (Henri-Noël Tabary).   He’s no choirboy, rather something a radical, who long ago set things in motion that would take him down this path.

Filmmaker Thierry de Peretti’s A Violent Life presents an often bewildering view of Corsica — the stepchild of France and birthplace of Napoleon — that features a volatile mix of machismo, honor, crime and politics.   Violence and murder are a de facto way of life … wrong place, wrong time and wrong connections and a bullet in the head at the side of the road could be your fate.

A Violent Life is presented in French with English subtitles. 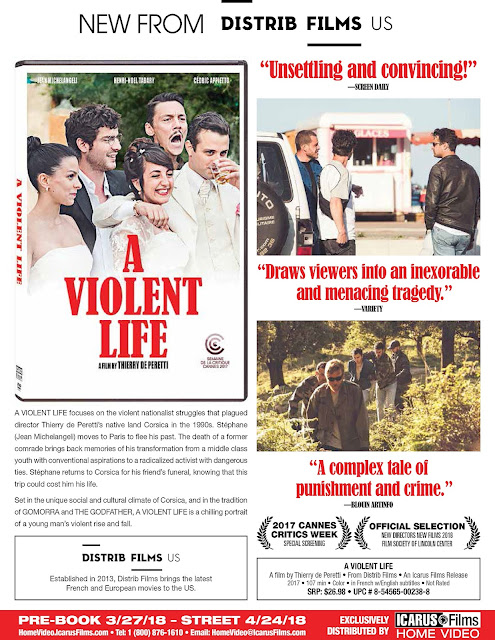