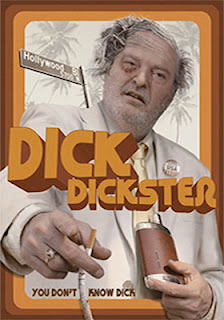 Indican Pictures looks to Nov. 27 for the DVD debut of director Christopher Ray’s sensitive ode to moviemaking in Hollywood, Dick Dickster.  The craft, the talent and the heart and soul that is invested in the making of a hit film; the pain and anguish in seeing your vision tinkered with by others are presented with a clarity of vision not seen since Altman’s The Player.

Well, maybe we’re getting ahead of ourselves, so let’s just pause and give you a little background on Dick Dickster, which is written by none other than Robert Ray Shafer.

Robert Ray Shafer is, of course, the legendary Officer Joe Vickers of the 1989 cult horror film from filmmaker Wallace Potts, Psycho Cop.   In the business he’s regarded as an actor’s actor; a pro … always working, from small parts (think: character actor) to leads in indies, to roles in hit comedy series (Bob Vance of The Office sitcom series).  He does it all, including writing.

Which brings us to Dick Dickster and its release on DVD.   Shafer takes on the movie business with this laugh-out-loud comedy that he wrote and stars in as the title character.   Christopher Ray, the son of the equally legendary indie filmmaker, Fred Olen Ray, handles the direction … the son of the man who gave the world Hollywood Chainsaw Hookers follows in his father’s footsteps with Shafer’s Dick Dickster, boy if that doesn’t sound like an endorsement I don’t know what is. 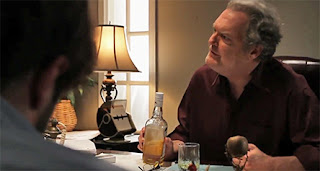 In mocking terms, we meet the sloppy, obnoxious drunk Dick Dickster, a filmmaker with one hit under his belt, Cult of Doom.   Everything since has been a disaster, which in no way excuses his current sorry state.   He’s basically an industry pariah.

Sammy (Tim Russ — best known to his fans as Tuvok of Star Trek: Voyager), his long-suffering manager, would like him to wander off into the desert and die.  His wife, “Hardy” (Melanie Good — as Cindy in Psycho Cop Returns) wants out and some underworld types want the money he owes them — Tony (Tim Abell — a Fred Olen Ray regular … Rapid Assault, American Bandits, Eyewitness, etc.) has been sent to collect (he’s basically a hitman).

If Dick doesn’t end up dead, he might be heading to prison as D.A. Lawler (Darin Cooper) is making noises about reopening a statutory rape beef associated with Dick’s production of, you guessed it, Cult of Doom. 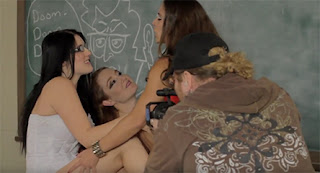 If it is not clear by now, let’s just say that filmmaker Dick Dickster’s life is in the proverbial shitter.   It’s just a matter of time until he drinks himself to death, is whacked by the mob or Lawler gets the necessary evidence to put Dick away.

But wait, he gets an offer to remake his hit classic as an adult film titled Cult of Poon.   Naturally, his creative integrity won’t allow such a thing!   Never, never, never … until he learns that there’s a $100,000 payday and then he is all in.

Robert Ray Shafer and Christopher Ray have assembled a veteran cast — there must be over 500 screen credits among them — to have their way in mocking Hollywood and the entertainment business in general.   The script is loony and Shafer plays it to the hilt as the burnt-out Dickster … and the payoff comes when we get to the filming of Cult of Poon.   Oh my!

Indican Pictures has a winner here — a brief theatrical run to stir up interest is about to launch, but the real payday for most will be the DVD debut on Nov. 27!! 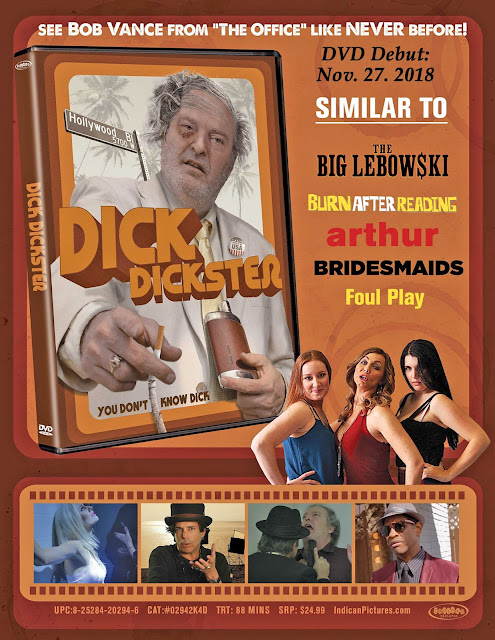