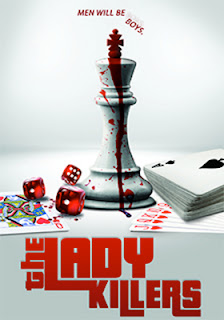 There’s something inherently nasty about a game among “boys” (actually grown men) where sexual conquests are compared to see who scored the biggest “get” (in terms of beauty, wealth, difficulty and power).

But when writer/director Phil Leirness tackles the subject in The Lady Killers, making its DVD debut from Indican Pictures on Dec. 11, the seediness of the game; the contest, if you will, is taken up — or down — a notch or two (depending on your point of view).

Former college frat brothers have assembled for a reunion hosted by Pete Martel (Jamie Kaler — as Big Bud Dean in the current Heathers television series), who just happens to be a homicide detective.   There’s a game involved that they’ve played before.   They call it “Conquest,” but this year the stakes are not just bragging rights, but a pot of money — each participant has to pony up five grand.

That’s the set-up that Leirness opens with.   Call that the first act.   Boys being boys, playing their little sexual game, but with more on the table this time around.

The second act pretty much follows the seven players and their ever increasing bending of moral codes and the violation of various felonies to achieve their objective, which is, to win.   They become exploitative and increasingly perverse as the contest grinds on. 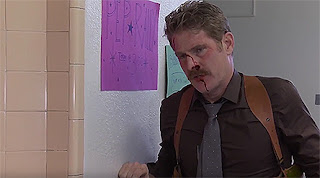 Leirness’ comedy concept, turns dark, becomes a black comedy and then takes an even nastier turn in the third act as different members of this little gaming group begin to end up dead.

The Lady Killers will keep you guessing, but filmmaker Phil Leirness (Karl Rove, I Love You, Spectres, The Party Crashers, etc.) does give you some clues if you pay close attention!! 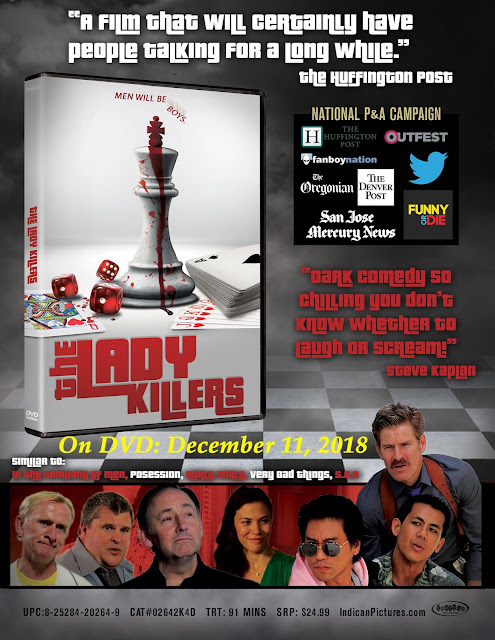